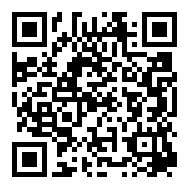 More than three-quarters of UK farmers would adopt GM crop technology if UK regulations changed, a Farmers Guardian poll has found.
The sample of 750 farmers determined 77 per cent had a positive attitude towards GM crops as a safe and sustainable way to produce more food.
It came as Boris Johnson vowed to liberate the UK’s bioscience sector from anti-GM rules in his first speech as Prime Minister last week.
NFU deputy president Guy Smith said if farmers were to cut greenhouse gas emissions without reducing food production, they would need to use every tool in the box.
However, he warned that while GM technology gave foreign growers a competitive advantage, British farmers must be wary of compromising markets.
He said: “We need to remember this is not just about regulatory consent, but market consent as well. For right or wrong, there is retailer and consumer resistance to food grown using GM technology so farmers must always be wary of compromising markets.


Controversial
“However, it is clear from consumer polls this is not as controversial as it was. We import millions of tonnes of GM protein into the UK every year and many UK growers would understandably like a shot at that market.”
This comes as a 2018 ABC/Populus survey found only 20 per cent of those aged 18-30 years old in the UK felt negatively towards gene editing (GE) or GM, and 67 per cent agreed such technologies could play a major role in making farming more sustainable for the future.
Dr Julian Little, public and Government affairs manager at Bayer, agreed access to advanced plant breeding will give farmers the tools to become more competitive globally, but said investment into GM in any country was a difficult decision until Government ambition was understood.
He said: “We do not know Theresa Villiers’ stance on this but George Eustice coming back into Defra means the interest in gene editing and other breeding technologies are positive.”
We asked 750 farmers: Would you use GM crop technology in the UK if the regulatory environment allowed it? 78 per cent said ’yes’.
@wheatdaddy – Andrew Ward
Yes but not all. Insect and disease yes, but I don’t think herbicide. Also drought tolerance. In next 20 years we are going to lose a million acres of land to houses, roads, we need GM/GE to help feed an expanding population from the reduced area.
@joewstanley – Joe Stanley
GM/GE represents a huge win-win for the environment, consumers and farmers. Drastic reduction in inputs would be possible overnight, tolerance to extreme weather could be achieved, farmers could be less dependent on support and food could become yet more affordable.
@driverfarms1 – Adam Driver
Why don’t we put our efforts into nailing proper conservation/regenerative ag systems rather than relying and waiting on massive companies to provide us with easy ways out and take much of the profit in the process? Wake up.
@cvfarming – Rob Halliday
No, on the basis I’m looking to pursue value added sales, in the same way high standards of UK produce will hopefully give us a niche market in the long term. There seems little point competing with mass market GM products from the rest of the world.
@proagriltd – Tom Bradshaw
Yes, but it has to be the correct traits - something that will improve sustainability and have benefits for society such as nutritional benefits.
@harriet_housam – Harriet Housam
GM/GE has so many benefits for everyone. Misconceptions often highlight a public lack of knowledge. Changing a tiny part of the genome is safer than hoping for random mutations. Worries such as reliance on big companies is a challenge to solve, rather than banning GM.
@xennialjoe – Joe Mitchell
For pest tolerance, disease resistance and end user benefits only, please. A definite no to herbicide tolerance traits.
@m_agsolutions - Ben M AgSolutions
Technology benefits are one opportunity, but consideration also need to be given to market access domestically or for export when the technology has been adopted.
@aksteele69 - Andrew Steele
For maximum benefit you need both GM and GE [gene editing]. GM to introduce the novel traits, then GE to refine them. GE alone probably won’t give disease or drought resistance.
View More