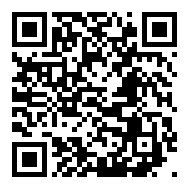 Agri-Pulse reports:
U.S. soybean exports to China have been unusually strong over the past several months, but they're still nowhere near the pace they were before the trade war and Brazil appears to be cementing its dominance.
Prior to the trade war, Brazil owned only about 30% of China's soybean demand from October through May in 2016-17, about half of the market share commanded by U.S. shipments. After retaliatory tariffs hit U.S. soybeans a year ago, Brazil quickly took 45% of China's import needs.
And now, Brazil is filling about 75% of China's soybean demand, compared to 10% for the U.S., according to new data from USDA's Foreign Agricultural Service.
U.S. exports to China have been at a record-setting pace for the past several months, but the U.S. has a lot of catching up to do, and China's demand is now expected to decline as African Swine Fever sweeps across the country.
View More