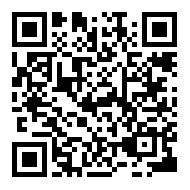 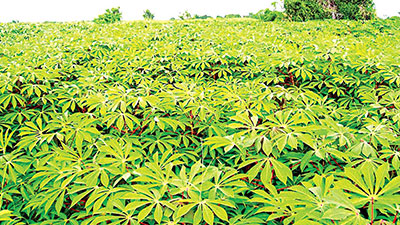 In a bid to provide total farm solution to agriculture in Nigeria, UPL has collaborated with the International Institute of Tropical Agriculture (IITA) and Springfield Agro to introduce ‘Lifeline’ (Glufosinate-ammonium), a pre-emergence herbicide for weed management and control on cassava farms.
At the launch of the product in Ibadan, Oyo State, the Country Manager, UPL, Shani Srivastava said the herbicide was a broad spectrum non-selective, non-residual post-emergent herbicide that is effective on a wide range of annual and perennial weeds covering broadleaves and grasses.
“UPl ‘Lifeline’ has an excellent burn-down of wide range of weeds with minimum resurgence, unique contact action and nominal systemic action, making it a product of choice among non-selective herbicides.”
He said it has no residue on soil or clay particles, hence it is safe to succeeding crops. “Lifeline will be a perfect replacement for paraquat which has been banned in many countries and is by all means the best alternative for countries facing regulatory problems on glyphosate,” he added.
Managing Director of Springfield, Tarun Das, said with the launch of Lifeline Herbicide, one of the major problems hindering agriculture was being addressed in the country.
Das highlighted that in the past, the agrochemical market in Nigeria was about %70 to 75 million, but today it has increased to about $300 million, which shows that there is a huge reliance on agro-chemicals in Nigeria. However, according to him, “the industry is not yet what it should be, especially in terms of farmer’s yields so there is an urgent need to help farmers with our technologies to improve yields, hence the introduction of this lifeline solution.”
Bukar Usman, The Director of Veterinary Medicine and Allied Products Directorate of the National Agency for Food, Drug Administration and Control (NAFDAC) appreciated IITA and other stakeholders and expressed delight on how UPL had come up with the solutions.
According Usman, “NAFDAC is happy that some stakeholders in agriculture are alive to their responsibilities to ensure safety of farmers and the environment.”
Professor Friday Ekeleme, the Principal Investigator for Cassava Weed Wanagement Project for IITA, emphasised that poor weed control in cassava often results in to reduction, leading up to 90% yield loss. Ekeleme said though herbicides are being used by some farmers, the majority of farmers still use hoes and cutlasses in weeding, which increase their labour up to three times.
Dr Alfred Dixon said that weed is a big problem not only in cassava but also in other crops, insisting that the “hoe and the cutlass” cannot save African agriculture anymore.
“There are cassava varieties that can give between 60 and 80 tonnes per hectare in Nigeria. Because farmers are not using herbicides to control weeds, they cannot get much,” he said. He, therefore, advised UPL to make the chemical available and promote it not just in Nigeria, but all over Africa.
View More