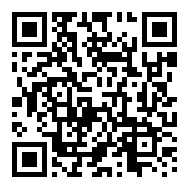 In the last edition of the Maizar Congress, BASF was present to accompany corn producers in a context of record cereal exports, with more than 4.15 million tons shipped in April, according to the Rosario Stock Exchange.
In a present that demands detailed care in the face of climatic phenomena and the presence of diseases, as well as the increase in the weed population, BASF works with producers, along with its latest innovation for weed control: the Zidua herbicide, which was launched at Maizar 2018, and it has already proven itself with very good results in the campaign.
Regarding its effectiveness, Aimar Pena, BASF Corn Crop Manager, said, "Zidua Pack displayed an excellent performance in all environments and regions, covering the expectations we had in a year of record rainfall."
From the technical side, Zidua comes in a pack that combines two active ingredients. The pyroxasulfone works by inhibiting the growth of weeds as they are germinating. This new active ingredient belongs to the family of isoxazolines. Its mode of action consists of the inhibition of "Very long chain fatty acids" and represents a significant improvement that offers greater activity in the soil, reaching 15 days with more persistence than other residual herbicides, as well as a greater spectrum of control.
The other active ingredient is saflufenacil, recognized for its high efficacy in early post-emergence control of broadleaf weeds.
The product seeks to provide innovative answers to the problems of the sector and seeks to accompany the cereal that is increasingly popular in the Chicago market, given the panorama of abundant rainfall in the Midwest of the United States.
View More