CropWorld 2010: Industry urged to fight back against environmentalists 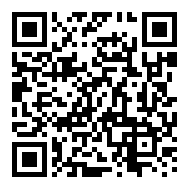 Favorites Print
ForwardShare
Nov. 9, 2010
THE plant science industry has been urged to fight back in the public relations battle with campaigning groups that has often seen it come off second best.

But in order to deliver those benefits the industry must improve the way it communicates its core messages to politicians and the public.

"We have some of the cleverest people in our industry. But we can’t communicate our way out of a paper bag. We get run around by small environmental groups with two or three people that argue us into a corner. We have got to get better at getting our message out there,” he said.

He urged the industry to employ more skilled public relation executives to boost its communications and outlined what he sees as the central message.

"Intensification in a sustainable way is the way forward. Yes, large commercial farms applying science to produce high quality, affordable food. That’s the way of the future, given the large numbers of people we will have to feed on this plant,” he said.

Mr Dyer warned that ‘complacency’, particularly among EU politicians, was one of the biggest risks when it comes to long-term food security.

"There is a political issue here,” he added. “We need to increase crop yield but the politicians need to accept in Europe that we can’t go on the way we are.

"We need to apply more plant sicence to what we are doing. We need to open the door to GM and other technologies that are being restricted and we need to stop demonising crop protection to the point where we are losing vital products.”

Mr Dyer told the conference that the latest European crop yields were forecast to grow by just 4 per cent over the next decade, a figure little better than Sub Saharan Africa and way below projections in other parts of the world.

"With countries such as Canada, United States, China and Brazil expected to increase crop yields by as much as 40 per cent over the next decade (based on FAO projections), Europe can no longer afford to be left behind in the drive to develop more efficient science-based agriculture and food production,” said Mr Dyer.

"As the world enters a new era of higher commodity prices and more volatile food markets, the mindset of restraining production which has so dominated EU farm policy in recent decades must now give way to a new recognition of Europe’s leadership role in addressing the global food crisis.”
View More