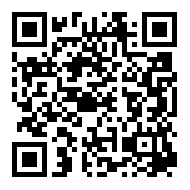 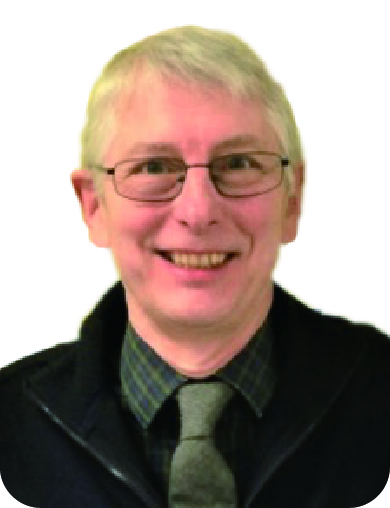 Section Manager at Nouryon in the USA

The need to incorporate agricultural actives (ais) in high electrolyte systems such as fertilizers for in-furrow applications, or in tank mixes for spray applications, provides a significant challenge to the formulator. Many ais have poor water solubility and are often formulated in suspension concentrates (SCs). However, the addition of SCs to a starter fertilizer such as 10-34-0 will often result in a rapid flocculation of the system. This is clearly undesirable; farmers require a system that is sufficiently stable to allow them time to complete their application without the risk of blocked nozzles or uneven application.

SCs use a variety of surfactants and polymers to provide a stable concentrate that can be further diluted to the desired application concentration. However, many of the common surfactants used in SCs don’t perform well in high electrolyte systems due to poor solubility or a loss of stabilization due to depressed electrostatic repulsion effects. Phosphate esters is a category of surfactant that shows good compatibility with electrolyte systems and also offers significant flexibility in design allowing their performance to be fine-tuned.

Phosphate esters are versatile anionic surfactants providing a range of performance characteristics. The variety of raw materials and methods of production provide ample scope for fine tuning of structure and performance. Phosphate esters are commonly prepared by reaction of an alcohol with either polyphosphoric acid or phosphorus pentoxide. This always results in a mixture of esters, however, depending on the method used you can get a product with a high level of monoester, or a product with a more even mixture of monoester and diester, Figure 1.

Figure 1. Structure of Monoester and Diester


Polyphosphoric acid yields a product with a high level of monoester which is more tolerant of electrolytes than a monoester/diester blend. As noted in Table 1, the ester distribution impacts the surfactant’s performance, e.g. higher monoester leads to better hydrotroping and greater electrolyte tolerance, whereas increased diester aids in dispersion. Further tuning of the performance can be achieved by altering the carbon chain length of the hydrophobe or by using an ethoxylated alcohol. Ethoxylated phosphate esters have better electrolyte tolerance.

Our initial goal was to identify a surfactant that would provide a stable suspension concentrate that could be further diluted in a 10-34-0 starter fertilizer to afford a stable mixture. To achieve this a fine balance of surfactant properties was going to be required. While much of the effort was directed towards Bifenthrin and Imidacloprid as the ais other actives were also screened, as were other fertilizers.

A significant number of phosphate esters were tested before finding one that afforded a stable SC that diluted well in 10-34-0 fertilizer. Fine tuning of both the process and the structure resulted in Agrilan® 1028. Agrilan 1028 is a phosphate ester based on an alcohol ethoxylate. It has a high monoester content and is both TSCA and FIFRA listed; it also falls under the Reach polymer definition.

In our evaluations we found that the degree of ethoxylation on the alcohol was critical and that a sharp fall-off in in-fertilizer performance was seen, particularly if the product was over ethoxylated by as little as one mole of ethylene oxide.  A similar sensitivity was seen in the selection of the hydrophobe and alcohols with the same number of carbons exhibited differences in performance depending on their source. Thus, the source of alcohol and the degree of ethoxylation need to be well defined for optimum performance. For the SC formulations, we found that Agrilan 1028 works best in acid form and its good performance as a wetting agent can eliminate the need for a separate wetting agent.

A comparison of performance of Agrilan 1028 was made against commercial materials recommended for use in electrolyte systems. The comparative examples had the same number of carbons in the hydrophobe and similar levels of ethoxylation as Agrilan 1028. Despite the similarities, the SC made with the Agrilan showed no separation after 24 hours at room temperature whereas the comparative examples both showed clear separation. When these SCs were diluted in 10-34-0 fertilizer the comparative examples started to phase separate after a few hours while the Agrilan 1028 formulation remained stable for 24 hours, Figure 2. This result confirmed our original findings that the specific alcohol used, degree of ethoxylation, and method of manufacture are key to achieving stability in both the SC and the fertilizer dilution. Figure 2. A comparison of performance of Agrilan 1028 was made against commercial materials recommended for use in electrolyte systems.

Conventional SC formulations using water as the carrier medium rely on dispersants and thickeners to provide a stable suspension. An alternative to this type of formulation, for in-furrow applications, is to formulate the SC in the preferred starter fertilizer, which then avoids any incompatibility on dilution. We found that by using this approach with Agrilan 1028 we were able to produce a 33% Bifenthrin SC in 10-34-0 fertilizer which when diluted to 3% in the same fertilizers showed no separation after 5 hours of standing. This unconventional approach offers formulators a higher loading of ai than with standard SCs.

While 10-34-0 was our reference fertilizer we also looked at some other fertilizers. Figure 3 shows the results with different fertilizers and actives after 6 hours of standing. For this screening a very basic SC comprising 17.5% of the ai., 8% Agrilan 1028 and 0.3% defoamer was diluted at 2% in the fertilizer. The screening results indicate compatibility with both nitrogen and sulfur-based fertilizers.

Figure 3. The results with different fertilizers and actives after 6 hours of standing

Our initial focus was on in-furrow applications, but we also were interested in tank mix formulations. To evaluate the potential of Agrilan 1028 as a tank mix compatibility agent we looked at a 3-component mixture. For this evaluation, 4 commercial 540K Glyphosate formulations were used alongside 4 formulations utilizing our own adjuvants. Added to these solutions were an Atrazine WDG and a Trifluralin EC. All these 3-way component mixtures flocculated upon mixing. However, this could be avoided by adding Agrilan 1028 – the addition of 0.5% Agrilan 1028 gave full compatibility with no phase separation or flocculation in all 8 cases.

Formulation in high electrolyte systems severely limits the tools available to the chemist. Due to the complexity of many agrochemical formulations the ability to fine tune surfactant properties to meet the formulation challenge is highly desirable. We have seen that some systems can be sensitive to relatively small differences in surfactant structure. Phosphate esters have been shown to be a useful surfactant class for this application due to the variety of structural options they provide and their tunable surfactant properties. Phosphate esters, in particular Agrilan 1028, have proven to be a versatile addition to our toolbox when working with high electrolyte systems.