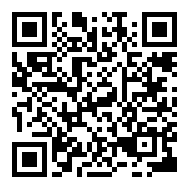 TMG, Tropical Melhoramiento & Genetica and Verdeca, a joint venture between Arcadia Biosciences, Inc. (Nasdaq: RKDA) and Bioceres Crop Solutions Corp. (NYSE American: BIOX), announced today that they have successfully completed the regulatory process and received commercial approval in Brazil from National Technical Commission of Biosafety (CTNBio) for Verdeca’s HB4® drought tolerant transgenic trait in soybeans. The approval allows the planting and harvesting of HB4 soybean varieties in Brazil.
Besides the HB4 trait alone, the event stack with an herbicide tolerance trait was also approved. This stack is Verdeca’s newest product release from its pipeline of traits developed to benefit soybean producers through quality improvement, stress mitigation and management practices.
The approval by CTNBio is followed by public comment period of 30 days, before the definitive approval document is produced. Commercial launch of the HB4 trait in Brazil is contingent upon approvals by the main soybean grain importing countries, which are ongoing, and by a variety of registration processes.
Verdeca’s HB4 trait has already been approved in Argentina and by the U.S. Food & Drug Administration. Regulatory submissions are currently under consideration by the U.S. Department of Agriculture, as well as in China, Paraguay, Bolivia and Uruguay.
More than 34 million of the world’s soybean hectares are grown in Brazil. In the past two seasons, South American regions have experienced significant drought conditions, and the HB4 trait would have prevented grain yield drought losses for Argentinian and Southern Brazilian’s soybean farmers. The continuing use of HB4 trait would reduce risk of losses due to local or regional drought conditions every season.
“This novel trait event will enable soybean growers to protect yields under stressful climatic conditions,” said Martin Mariani Ventura, general manager of Verdeca. “The deregulation of this technology in Brazil is another significant step for the successful commercialization of HB4 technology in South America.”
“HB4 is the first soybean transgenic trait that goes beyond the traditional package for herbicide tolerance and insect resistance. It will provide yield stability across diverse environments and farmers will see a direct benefit from the use of the technology,” said Francisco Soares, CEO of TMG.
According to Alexandre Garcia, research manager at TMG, this commercial approval of the HB4 trait will allow larger testing for breeding, seed increase and soybeans variety registration in Brazilian territory. “TMG, as a Brazilian company, is proud to be part of this project in collaboration with Verdeca and to have completed the regulatory milestone in Brazil. It is very important to have South American companies bringing innovation to South American farmers.”
Besides the regulatory work, TMG and Verdeca have developed a strategic partnership to combine TMG´s germplasm capabilities with Verdeca´s soybean technologies.
Arcadia Biosciences and Bioceres Crop Solutions formed Verdeca in 2012 to deploy next-generation soybean traits in all key production regions, beginning in South America and North America, which together represent nearly 80 percent of the harvested soybean hectares globally.
View More