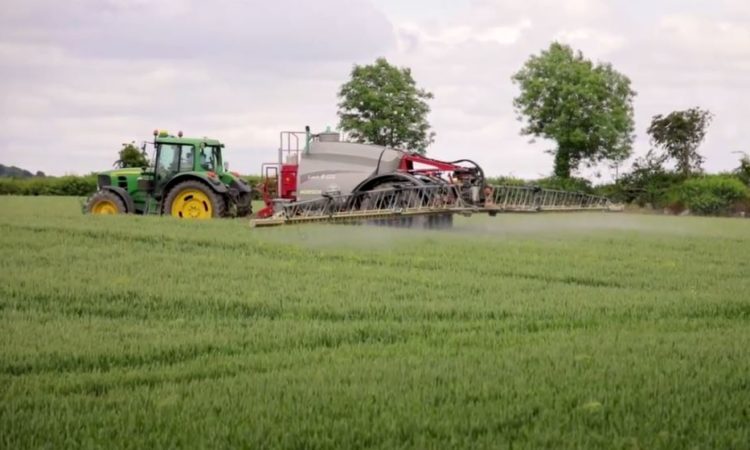 Member states of the EU’s Standing Committee on Plants, Animals, Food and Feed (SCoPAFF) have voted to ban the fungicide, chlorothalonil.
Chlorothalonil – a broad-spectrum fungicide used in the control of plant diseases – currently plays a major role in disease control in the Irish cereals sector.
It also forms part of an anti-resistance strategy in disease control programmes to back up the chemistry being used.
In a statement, a spokesperson for the commission said: “The commission’s proposal for a non-renewal of chlorothalonil submitted to the member states was endorsed by the member states.
“The proposal is based on EFSA’s [European Food Safety Authority’s] scientific assessment which concluded that the approval criteria does not seem to be satisfied for a wide range of reasons.
“There are also serious environmental concerns, notably high risks are identified for fish and amphibians and great concerns are raised in relation to contamination of groundwater by metabolites of the substance,” the statement concluded.
Impact
In recent months, tillage farmers and experts in the field have expressed serious concerns over the implications that a ban on the product would have on Irish cereal production.
Bravo plays an essential roll in the control of ramularia on barley, which is a fairly common disease in Ireland and is caused by continued wetness on the plant’s leaves at stem extension.
It also plays an important role in the control of septoria on wheat.
Speaking on a recent episode of FarmLand, Mairead McGuinness, the First Vice President of the European Parliament, outlined the challenges posed by a ban on the agro chemical.
“I know cereal farmers will find it very difficult to cope if this is taken off the marketplace; but there were concerns around aquatic life and human health concerns.”
“Increasingly when it comes to agro chemicals we talk about sustainable use and in some cases based on new evidence.”
On the show, the Louth native also outlined that a use-up period is likely to be introduced if the product is taken off shelves.
“Usually there is if there is a ban because there are stocks in store; but that is only a lifeline for a certain period of time,” she said.
No official information on use-by or phase out dates is yet available.