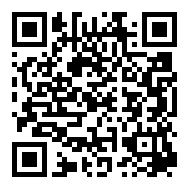 
Limin Chemical officials noted that the purpose of the intended acquisition is to maintain its leading position in the agrochemical industry and to make improvements to its industrial deployment. Limin Chemical says that before this transaction, its main products were predominantly EBDC fungicides, while the Veyong pesticide portfolio is based upon insecticides, such as emamectin benzoate and abamectin, while being backed up by the advanced continuous gas phase synthesis process in glufosinate production. The merger will be a complementarity to each other, in respect to optimization of product structure and development of technical processes.
Furthermore, Veyong’s veterinary business, which covers tiamulin, ivermectin and eprinomectin, will make up for the gap in the veterinary drug business of Limin Chemical.
Limin Chemical is a pesticide manufacturer, with pesticides that include fungicides, insecticides and herbicides, while EBDC fungicide is its prime product. In 2017, the fungicide business of Limin Chemical saw revenues of Yuan1.166 billion, which accounts for 82% of the total. Its insecticide and herbicide incomes were, respectively, Yuan73.56 million and Yuan128 million, respectively for 5% and 9%. On the other side, Veyong’s pesticide strength lies in insecticides and herbicides. In 2017, its income from the key insecticide product abamectin reached Yuan211 million, and income from herbicides, which is export-oriented, reached Yuan469 million.
The annual report reveals that in the second half of 2018, ENN presented its business strategy of “targeting at acquisitions of upstream natural gas resources to become an upstream natural gas supplier”. For the purpose of continued concentration on the strategy of upstream natural gas development, ENN plans to close the sale of its pesticide and veterinary drug businesses in 2019.