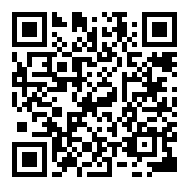 By Jason Zhang
In the 22nd year of commercialization of GM crops in 2017, 24 countries grew 189.8 million hectares of GM crops – an increase of 4.7 million hectares (11.6 million acres) from 185.1 million hectares in 2016. Except for the 2015 adoption, this forms the 21st series of increases every single year. In 2018, there were 87 GMO approvals all over the world, which cover 70 varieties, nine of which are new crop varieties (Table 1) being safflower (two varieties), potato (one variety), soybean (three varieties), cotton (two varieties) and canola (one variety), respectively. Compared with the previous two years, the total number of approvals declined, but the number of varieties involved increased slightly. In this report, AgroPages will provide a brief interpretation of the global GMO development in 2018 in the following three aspects: 1) African GMO market; 2) development of new traits; and 3) global regulatory strategies for gene editing.
Emerging African Market
Although many parts of the African continent are vulnerable to drought and civil war, which have led to famine or near famine, many African countries still refused to research and breed GM crops until the end of 2017. Only four countries approved the growing of GM crops – Burkina Faso, Egypt, Sudan and South Africa — of which South Africa is the only country that allows GM foods, while the other three countries only allow GM cotton.
However, since 2018, African countries are increasingly accepting GM crops. In 2018, there were 15 approvals for GM crops in Africa (Table 1), accounting for about 1/6th of global approvals, compared with only three approvals in total in 2016 and 2017.
For expanding export markets, improving domestic living conditions and addressing food security issues with changing climates, some African countries are seeking solutions based on GM crops. Throughout the year 2018, African countries such as Ghana, Nigeria and Ethiopia have made breakthroughs in the development of GM crops.
 Ghana has completed field trials on pest-resistant Bt cowpea, which will soon become the first GM crop sold in Ghana (cowpeas are a common food in Africa and consumed by nearly 200 million Africans)

 Nigeria has completed the commercialization of its first GM crop, and the approved pest-resistant cotton will serve as an important means of revitalizing its textile industry and promoting economic development. In addition, Nigeria approved the import of nine GM crop varieties (corn and soybean) for food and feeding use in 2018 (Table 1)

 Ethiopia has approved the planting of genetically modified Bt cotton, the first GM crop in Ethiopia. In the meanwhile, Ethiopia has also approved controlled field trials of GM drought-tolerant and pest-resistant corn

 The Kenyan government is revitalizing its textile and apparel industry by promoting the cultivation of GM cotton and has established a national task team for the commercialization of GM cotton in the next five years. Although Kenya issued an import ban on GM foods in 2012, its GMO research and promotion have developed rapidly over the past two years. In 2017, the National Biosafety Authority (NBA) of Kenya approved field trials of GM bananas. According to the Global Agricultural Information Network (GAIN) under the US Department of Agriculture, the NBA approved 13 GM varieties (including cotton and corn) at the end of 2017, which are expected to be gradually commercialized from 2018 to 2021

 Rwanda has drafted a GMO-related bill to promote the legalization of GM crops. The head of Rwanda Agriculture Board (RAB) Research Department said, “Rwanda is studying the ability to improve GMO technology so that it can be fully utilized in the future”