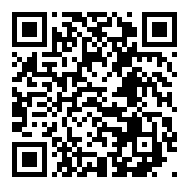 Dr A Ashok Kumar, Principal Scientist-Plant Breeding, ICRISAT, (front row, extreme right) shows participants materials they could select from for further research and commercialization. Photo: S Punna, ICRISAT
Recognizing the increased market pull for sorghum grain as health food and animal feed (see box) and the use of foliage as forage, 70 scientists from public, private and national systems from 10 countries were called to focus on prioritizing traits in improved products. The emphasis was on greater human and animal nutrition, forage with higher digestibility and processing quality suited to various end-uses.
The group visited ICRISAT headquarters to select materials for further research and commercialization. They were shown improved sorghum materials, advanced breeding lines, breeding populations and germplasm developed by the institute.
Increased focus on forage research particularly on multi-cut single cross forage hybrids with higher digestibility was suggested. The seed companies offered to provide locations for testing the forage hybrids in target environments. The group also suggested that biofortification should be mainstreamed into sorghum breeding to make it more nutritious for end-users.
The participants commended ICRISAT for the progress with regard to –
Rainy and postrainy sorghum varieties: Development of new varieties, parental lines and hybrids with preferred ideotypes (dwarf and early-maturing) was appreciated. Participants asked for retaining the stover yield while improving the grain yields and for increased feed quality of grain (low protein and high starch) with antioxidant properties considering huge opportunities for export.
Dual-purpose sorghums: Significant improvements in in-vitro organic matter digestibility of upto 50% in dual-purpose sorghums and upto 58% in forage and sweet sorghums was highly appreciated. Use of Near Infrared Spectroscopy for assessing the stover quality with the support of the International Livestock Research Institute is a successful model that can be upscaled.
Improved products in field: Cultivars containing shoot fly resistance QTLs is one of the major advancements in this area. The postrainy season adapted parents and varieties that are dwarf have implications for machine-harvesting.
Sweet sorghum cultivars: A significant increase in brix% (soluble sugars concentration) from 12% a few years ago to 21% in current cultivars has large implications for economic viability of sweet sorghum ethanol.
Biomass sorghum hybrids: The progress in biomass yields (>60 tons per ha fresh stalk in each cut) and ratoonability (2-3 cuts from single planting) was appreciated. It was suggested that the brown midrib (bmr) trait be introduced into these hybrids to reduce the lignin content and increase digestibility.
The Sorghum Scientists Field Day was held under the aegis of the Sorghum Hybrid Parents Research Consortium which has been operating from ICRISAT for the past 19 years. Nearly 10 seed companies from Asia, Africa and South America are the current members of the Consortium.
The recent field day was the largest and most diverse thus far. It was attended by 23 participants from the public sector, 15 from the private sector including a representative from Syngenta Foundation, four researchers from Agricultural Research Corporation-Sudan, one researcher each from the National Programs of Myanmar, Burkina Faso, Uganda and Ethiopia, two researchers from ICRISAT African locations (Nigeria and Kenya) along with ICRISAT scientists.
Dr Andy Hall from Commonwealth Scientific and Industrial Research Organisation, Australia, representing Flagship Project 2 of CRP-Grain Legumes and Drylands Cereals (CRP-GLDC) also participated in this event.
The event was organized from 14-15 February by ICRISAT and was funded by the Sorghum Hybrid Parents Research Consortium and the CRP-GLDC.
For more on sorghum: http://exploreit.icrisat.org/profile/Sorghum/193

Global sorghum area expands in the Americas
The global sorghum area is expanding in the Americas, where it is mostly grown as animal feed, with a net gain of 1.0 m ha in the last five years. Contrarily, it is shrinking in traditional bastions like Africa and Asia where it is used primarily as food. The prime drivers of this shift are the competitiveness of the crop under intensification and increasing opportunities for exporting the grain as animal feed to the Middle East, China and Japan.