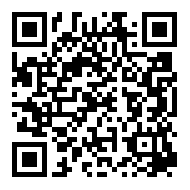 Two homegrown African seed companies top the 2019 Access to Seeds Index for Eastern and Southern Africa, for playing a key role in raising smallholder farmer productivity, according to new research by the Amsterdam-based Access to Seeds Foundation.


Kenyan company East African Seed and Seed Co., placed first and second respectively, have both grown their activities in the region since the first index was published in 2016.
East African Seed stands out for its broad portfolio including local crops and large network of extension staff across multiple countries. Seed Co, originally from Zimbabwe but now headquartered in South Africa, is the African seed company with the most extensive breeding, production and sales network, and the widest geographic reach in agronomic training.
“Two African seed companies at the top of the ranking is no surprise, given their deeper understanding of the region and the challenges smallholder farmers face. But Thailand’s East-West Seed in third place is eye-catching too, because it suggests they are transferring their knowhow and experience with smallholders in Asia to Africa,” said Sanne Helderman, Senior Research Lead at the Access to Seeds Index. “It shows also that these relatively small seed companies are ahead of larger multinational seed companies in integrating smallholder farmers into their business models.”
After East African Seed and Seed Co, the top 5 is completed by Thailand’s East-West Seed, US-based Corteva Agriscience (DowDuPont) and Swiss-based Syngenta.
Ugandan companies Victoria Seeds, NASECO, Equator Seeds and FICA Seeds also make it in the Top 10 – showcasing smallholder farmer-focused operations in their home country and beyond.
The Access to Seeds Index 2019 – Eastern and Southern Africa evaluates the activities of 22 leading seed companies in Eastern and Southern Africa.
The report highlights a number of other key findings from across the region. The 2019 Index shows that companies are present throughout the region, ranging from 13 in Zambia to five and three in Lesotho and Somalia respectively, and are investing significantly in seed value chain activities. Eight companies report having breeding activities in South Africa, with the same number producing seed in both Kenya and Tanzania.
The index also demonstrates that training of smallholders is lagging far behind company sales activities, with none of the companies in Angola (eight), Namibia (seven), Madagascar (seven) and South Sudan (six) accompanying their sales with extension services.
View More