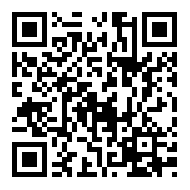 Li Shousheng, the chairman of CPCIF gave a presentation to Chinese pesticide and fertilizer development: 2018 saw a new stage of transformation and upgrading of Chinese agrochemical industry, where the objective of phase-out of outdated fertilizer massive overcapacity was achieved by and large, leading to a basic balance between supply and demand.
China’s total fertilizer output in 2018 was 54.596 million tons, 5.2% down year on year; pesticide output was 2.083 million tons, 9.5% down year on year. The total production volume of agrochemical products have been put under control, the continued supply-side structural reform in agrochemical industry has started to take effect.
The innovation capability of agrochemical industry has increased apparently while progress has been made in respect of development of technology, equipment, process, environmental compliance and green pesticide creativity. Furthermore, the agrochemical industrial structure has been optimized remarkably. As guided by the supply-side structural reform in fertilizer industry, outdated capacity has been phased out, new capacity has been contained and industrial structure has been optimized constantly. The size of production, level of centralization and automation as well as capacity utilization have all been much improved. In the end, agrochemical service is greatly improved, where selling product is no more the only way of business, instead business is developed more and more based upon the “product + technology + service” business mode. At present, quite many fertilizer enterprises are in a position to provide comprehensive services covering soil testing, formula development, supply of fertilizer, fertilizer application, warehousing and distribution. In the meantime, agricultural financing, farm product logistical service and sales platform establishment are involved in business activities in more depth.
Li Shousheng also addressed the issue of challenges to agrochemical industry in the years ahead, expecting continued declination of use of fertilizer and pesticide in the coming years. In the interim, government will impose higher requirement on the use efficiency of fertilizer and pesticide. The high-quality development trend causes challenges to Chinese fertilizer and pesticide manufacturers, which will require enterprises to undertaken strategic innovation, technical innovation, management innovation and service innovation more effectively. Market competition will become more intensified, technical innovation is required to be faster, efficiency and management need to be more refined, safety and environmental compliance requirements will be more stringent. The pressure which enterprises feel and the momentum that they have will be greater than any time in history.
This year, CAC celebrates its 20th anniversary. According to Ma Chunyan, the vice chairwoman of CCPIT Sub-council of Chemical Industry (CCPIT CHEM), after the 20-year development, the number enterprises participating in CAC this year has reached 1,457, which is 21 times of the first CAC exhibition in 1999. A total of 13,000 enterprises have accumulatively participated in CAC exhibition. After 20-year development, CAC exhibition area this year reaches 80,000 square meters, which is 40 times of the first CAC exhibition in 1999, the exhibition area serviced is approached 1 million square meters in total. The exhibition started with conventional pesticide and fertilizer, having now grown into 8 exhibition zones for display of pesticide, pesticide intermediates, novel fertilizer, agricultural aviation, agricultural irrigation, seed trading & treatment technique as well as biopesticide application. A full industry chain trading and exchange-oriented one-stop platform has been established.
Finally, the CAC-related selection and awarding activities, which have been held for six consecutive years, still continues and put CAC into high gear. Besides the top 20 Chinese pesticide exporter award, overseas marketing award and excellent fertilizer exporter award in existence, at this CAC a special 20th CAC anniversary award series is presented, which covers CAC lifetime award, CAC initiation award, CAC co-creation award and CAC contribution award. The winners include following enterprises and individuals: