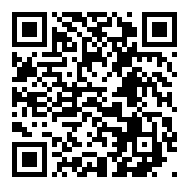 By Leonardo Gottems, reporter for AgroPages
Offering fiscal incentives to the agricultural pesticides industry brings innumerable benefits to the agribusiness sector. This is the position of Eduardo Lourenço Gregório Júnior, a partner of Maneira Advogados and Secretary General of the Tax Affairs Commission of OAB-DF (Brazilian Bar Association). However, in a court case the PSOL party (Socialism and Freedom Party) opposes lower taxes for the production and sale of agrochemicals in Brazil.
According to the Socialist Party, reducing taxes for agricultural pesticides harms the environment and the public's right to their health. On the other hand, Eduardo Lourenço Gregório Júnior said noted that there is an entire bureaucracy created to approve agrochemicals, and this guarantees the safety in the use of these products.
"If the use of an agricultural defense has been authorized, under the terms approved by the competent organs, what can the Federal Supreme Court say? That the tax benefit is the factor that makes the defensive harmful? Or is it more expensive to say that it will not hurt? In fact, the economic argument does not hold. It is the ignorance of the sector, since agricultural pesticides are very expensive products and the benefits do not make them cheap enough to increase their use," he adds.
He also said that in his view, the "benefits granted to agricultural pesticides do not benefit the industries, but rather the agribusiness and the Brazilian economy, making the Brazilian product competitive internationally, and ensuring that there is a large supply of food products, and at low cost." Thus, "the Supreme is expected to keep the proposed discussion in ADI based on the tax institutes, because that is what this  is all about," he noted.
Eduardo Lourenço Gregório Júnior also said that increasing the tax burden of the production chain will increase the price of food, and this has a direct influence on inflation (and the trade balance). "You can not tie the field of action of the state in such a way that government policies are ingrained," he said.
"The Brazilian Federal Supreme Court, itself, has already recognized that the granting of an exemption is a discretionary act, whereby the executive branch, based on a judgment of convenience and opportunity, implements its fiscal and economic policies and, therefore, the analysis of its merit escapes the control of the Judiciary, "he said.
View More