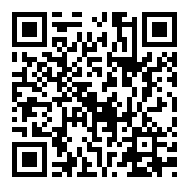 By Leonardo Gottems, reporter for AgroPages
Ourofino Agrociência announced the launch this month of Templo herbicide, a premium glyphosate with an SL formulation and exclusive surfactant system and Duo Sal technology. According to the manufacturer, the product offers high performance, even if rained on within two hours after application, and is indicated for soybean, corn, cotton, sugarcane, coffee and citrus crops, among others.
The Templo herbicide has a formulation and interaction between the balance of potassium glyphosate salts and isopropylamine (MIPA). In addition, explains Ourofino, the system of surfactants, with different actions and active charges, promotes greater absorption, penetration and translocation of glyphosate in the plant. The Duo Sal technology guarantees greater adhesiveness in the leaf, tolerance to rains after the application, fast absorption and systemicity, resulting in greater safety and efficacy under water stress conditions.
"With the Templo herbicide, productivity does not depend on time. The high concentration of glyphosate in the liquid formulation gives the herbicide broad action spectrum with control of several grasses, broad leaves, and eradication of the sugarcane ratoon," said Roberto Toledo, Herbicides Product Manager at Ourofino Agrociência.
According to Toledo, pre-planting weed control is often hampered by the weather, especially by rains that disrupt the work in the field. Brazil has large areas and needs for short-term planting, which further pressured the producer on the safety and efficacy of weed management, and the operational yield to maintain the productive potential of the crop.
Another characteristic of the product is its greater safety to neighboring or adjacent crops, because under conditions of good application technology there is a low risk of drift due to the low volatility of the formulation.
Ourofino noted that it took four years of research and testing for product development and its adaptation to the conditions of Brazilian tropical agriculture. The process included partnerships with research institutions, such as Unesp, Embrapa and the Institute of Technological Research. "In all, 23 prototypes were developed, 13 in the first generation and 10 in the second generation, when the best formulation was selected," said Richard Feliciano, PDI manager of the company.
"The work was carried out in high technology laboratories, with state-of-the-art equipment that allowed researchers to simulate and test the product in the most varied Brazilian agricultural conditions. More than 30 researchers took part in the development process, mostly doctors with extensive experience in the field," added Feliciano.
View More