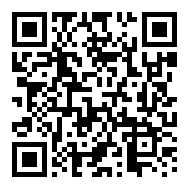 * The premium is an extra remuneration for the delivery of soybeans for export. The payment of premium is negotiated between trader and international buyers. The basis of calculation is a percentage of the Chicago quotation, discounting the logistics costs. Argentina faced a small impact due the trade war duo to the reduction in the yield of soybeans because of severe drought
As a large soybean producer, Argentina suffered a severe drought in 50 years in the 2017-18 planting season, resulting in a serious production loss of 20 million tons.

From the perspective of exports, despite 85% of its soybeans (beans) are exported to China, Argentina participates with almost 3% of the Chinese soybean imports. “China's demand for grains increased, but Argentina, with its small volume, was able to contribute less than 50% of the amount exported the previous year in terms of lower domestic crushing”, said Rodolfo Rosso, president of the Argentine Soy Growers Association.
Pablo Broussain, an independent agricultural consultant from Chile, told AgroPages: Up to now more than 90% of the crop is growing under standard/very good weather conditions. According to the numbers showed above we are not expecting any impact on planted area that would be close to 18 million hectares, similar to the last three seasons. If we compare a standard season like 2016/17 with a production level similar to the expected for this coming season, we would have a 50% increase in our exports expectations.
“In addition, During G20 meeting in Buenos Aires it was signed an agreement with Sinograin to increase soybean exports in 3 Million metric tons and 0.3 to 0.4 metric tons of oil. This is also an important event that is good for export", expressed Broussain.
The global soybean trade pattern is changing substantially
The trade dispute has made many substantial changes to the global soybean trade pattern. Previously, soybean shipments to China would shift between North America and South America depending on the season. “For example, we would see the largest shipments from the US after harvest during October through December. Then we would see Chinese purchases switch to Brazil. And Brazil would export large amounts from April through June,” said Brett Cooper.
“This year, we barely saw any soybean shipments from the US to China. But we saw a large number of shipments from Brazil to China during America’s normal export season. We’ve also seen strange things such as the US exporting soybeans to Argentina, which is normally one of the world’s largest producers. Argentina had a bad crop last year and had limited supplies, but they also wanted to sell soybeans to China because the US couldn’t. So Argentina is exporting its own soybeans to China, while importing soybeans from the US and using the US soybeans to feed its domestic market. At ports in Argentina, ships exporting soybeans are passing ships importing soybeans at the same time,” added Cooper.