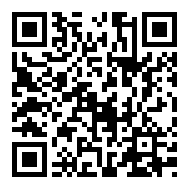 According to the report "Agricultural Adjuvants Market by Function (Activator and Utility), Chemical Group (Alkoxylates, Organosilicones, and Sulfonates), Application (Herbicides, Fungicides, and Insecticides), Formulation, Crop Type, and Region - Global Forecast to 2023", the agricultural adjuvants market is projected to reach USD 4.04 billion by 2023, from USD 3.13 billion in 2018, at a CAGR of 5.24% during the forecast period. The market is driven by factors such as rising adoption of integrated pest management (IPM) practices across the globe, development of green adjuvant solutions, improved efficacy of pesticides, and increasing demand for lower pesticide residue on crops.

Some of the prominent key players are:

Surfactants is estimated to be the most widely used function of agricultural adjuvants.

Surfactants have been mixed traditionally with pesticides, especially herbicides, to enhance the droplet retention characteristics of pesticides. The market for agricultural surfactants accounted for the largest share of the global agricultural adjuvants market. Also, among the products offered by the key players, products offered as non-ionic surfactants witness higher demand as a result of their compatibility with a broader range of pesticides.

Organosilicones segment is projected to be the fastest-growing during the forecast period.

The organosilicones segment is projected to register the highest growth rate from 2018 to 2023. Recent product developments by manufacturers utilizing the benefits of organosilicone-based surfactants have created a shift in the manufacturing of adjuvant formulations for the agricultural industry. More than 50 products based on organosilicone surfactants have been registered with the US and Canadian governments in the past 5 years. The increasing demand for these products from developed markets and positive results obtained with the use of organosilicone-based surfactants has augmented their demand. It has resulted in increased focus of crop protection companies on new product developments and commercialization of bionematicides.

The North American region accounted for the largest share due to the presence of players such as DowDuPont (US), Huntsman Corporation (US), Helena Chemical (US), and Stepan Company (US). Moreover, the presence of these companies in technologically advanced countries such as the US and Canada results in an increase in the adoption of adjuvants. Additionally, factors such as the rising number of entrepreneurial farmers with increasing awareness of modern agricultural practices and efficient distribution channels are the key competitive advantages for the North American market.

The market for agricultural adjuvants in the Asia Pacific region is projected to grow at the highest CAGR from 2018 to 2023, owing to the increasing investments by key players in countries such as China, India, and Thailand, and also the rising adoption of adjuvant technology by crop growers for insecticide applications.