Is the New Farm Bill an Opportunity or Threat for Specialty Crop Growers? 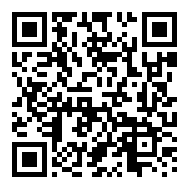 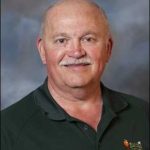 Hurricanes, wildfires, and trade — how much more can you sustain? If we let science speak its peace, then the environment is critical to our future for many reasons. Climate change is a fact. Hurricanes are a part of our climate, and their frequency and intensity are growing. Droughts in Africa and beyond have become more common and destructive. Science is gaining ground on understanding the threat we face from global warming. The science suggests we need to do more to combat climate change. Water, trade, and immigration also pose threats to our future. Buckle up — the task we face in developing new technologies to answer these threats is enormous.
I am in my 39th year of employment with UF/IFAS. I have seen agriculture change dramatically in Florida and around the world. The farm bill used to be a piece of legislation written for row crops and had little impact on U.S. fresh fruit and vegetable growers. Florida farmers used to gloat the fruit and vegetable industry did not rely on government programs, but now they demand their fair share of those expenditures. The farm bill has evolved to include many critical programs for the produce industry — from funding for research and development to risk management and promotion.
The farm bill gets a great deal of press because it is such a large piece of legislation. The U.S. Congressional Budget Office projected outlays flowing from the 2014 Farm Bill from 2014 through 2023 at $955 billion, with nutrition programs (including SNAP) commanding the bulk of those expenditures (79.6%) at $760.5 billion. Over the last few farm bills (beginning with the 2002 version), we have seen crop insurance become a key program area commanding $89 billion over this same period (9.3%). Commodity programs, which used to be the farm bill’s central focus, commanded $41.3 billion (only 4.3%). Conservation programs were projected to total $58 billion (6.1%), and other programs including research and promotion totaled $6.1 billion (0.6%).
How Much Is Enough?

The question remaining is whether that was enough. The U.S. Congressional Budget Office projects the 10-year cost of the 2018 Farm Bill to be $867 billion, $88 billion less than the projected cost they estimated for the 2014 Farm Bill. We have seen Florida’s market share in the produce market shrink over the last 20 years. That would suggest more needs to be done with the programs that keep our industry viable. Crop insurance is a critical program, particularly given the dynamics of our markets and the volatility in weather we have today. Crop insurance was originally developed to help manage production risk in farming.
Today, revenue products are available for many crops and livestock to manage both production and market risk. The expenditures on crop insurance help develop new insurance products and also are used to provide subsidies to producers for purchasing crop insurance. Political leaders like to promote crop insurance because it makes farmers participate in managing the risks they face and helps avoid large ad hoc spending measures from Congress when disasters strike.
Conservation programs also are critical to our future. It is imperative we manage the soil, water, and air around our farms to ensure our descendants have the same opportunities to farm that we have had. Expect the critics to get louder in demanding more attention to conservation. City dwellers may live in the city, but they also want the rural areas to remain pristine.
SNAP (the old Food Stamp program) and other nutrition programs demand the lion’s share of the farm bill expenditures. These programs ensure that young people have access to nutritious food at home and at school and that elderly and less fortunate have access to adequate nutrition. These programs are in the farm bill because it takes a coalition of farmers and consumers to keep this farm bill operative. Without a coalition of urban and rural legislators, we would not have a farm bill, and programs to assist agriculture, and its dependents, would not exist.
We now have a new farm bill to work with, but the real work is just beginning. The farm bill provides the parameters under which the programs are developed. You have to stay engaged to make these programs serve the intent of the legislation. Without these programs, you can expect more chaos on the farm and in your markets.