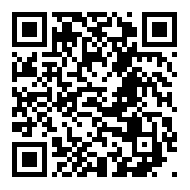 −− Biggest ever investment round in India's agritech sector Ninjacart, a business-to-business marketing and supply chain platform for agricultural produce, has raised Rs 2.5 billion (approx $35 million) in a fresh funding round led by Accel US and Syngenta Ventures.This is by far the largest single investment round in the agri-tech space in India.

The Bengaluru-based startup will utilise the capital to expand into new geographies and setup infrastructure, apart from expanding its team. In a statement, Ninjacart said it aims to expand its service in over 10 cities and open over 200 distribution centres across the country, without giving a specific timeline.

“Our focus will be on expanding to new markets and continue to innovate on behalf of our farmers and customers - and this will come from continued investments in talent, technology and supply chain infrastructure,” said Thirukumaran Nagarajan, co-founder and CEO of Ninjacart.

According to data compiled by Venture Intelligence, investments worth $37 million (around Rs 2.5 billion) were pumped into the sector in 2017. In the first six months of 2018, the combined investments in the space had already reached $32 million, showing a new-found interest by the investors in startups supporting agriculture.

Ninjacart, which was started in 2015, leverages technology to allow merchants and retailers source produce directly from farmers at competitive prices. The company says, by controlling the supply chain, it can reduce wastage, helping farmers earn more and merchants pay less for fresh fruits and vegetables.

Currently, Ninjacart only operates in Bengaluru, Hyderabad and Chennai. It sources produce from over 3,000 farmers from across South India and supplies it to over 4,000 retailers. The company also claims that its supply chain is optimised to get the produce from the farmer to the retailer in less than 12 hours.

“Ninjacart has been attempting to alleviate major issues in India’s fruit and veggies supply chain over the past several years. The team has managed to get into a clear leadership position in that ecosystem, especially around South Indian cities,” said Subrata Mitra, Partner at Accel India.