Reaction & Analysis: Trump-Xi Agreement Pauses US Tariff Increases: What It Means for Companies 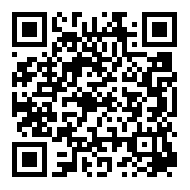 According to the White House, U.S. President Donald Trump and Chinese President Xi Jinping agreed over the weekend that neither the United States nor China would increase tariffs over the next 90 days, pending further discussions between the two countries to resolve their wide-ranging trade dispute, but key differences remain.
Nelson Dong is a a senior partner at the international law firm Dorsey & Whitney law firm and head of national security group and co-head of Asia group. He is a current member of the Board of Directors of the National Committee on US-China Relations (NCUSCR). He is also a current member of the Board of Directors of the Washington State China Relations Council (WSCRC). Dong has analyzed the news and what it means for companies he says,
“The Trump Administration claims that the two sides discussed China’s agreement to make some unspecified but “very substantial” purchases of U.S. goods, particularly agricultural, energy and industrial products, and China’s agreement to reduce tariffs on U.S. automobiles. However, Chinese state media has been more circumspect about the details and do not mention the 90-day timeframe. Also, China’s state media reports that the two sides reached tentative agreement on elimination of a broader range of tariffs than the White House describes,” Dong says.
“Even if the United States carries out its stated intention to provide a short-term reprieve for U.S. importers, and China reciprocates by temporarily granting relief to U.S. exporters and their Chinese counterparts, it remains to be seen whether the two sides will be able to achieve any long-term improvement in U.S.-China trade relations during this 90-day period. The announced U.S. demands to China would require several fundamental changes to China’s domestic economic system and its national industrial policies. To date, China has not been willing even to discuss such drastic changes with the United States," Dong says.
“Under the reported Buenos Aires agreement, the United States will delay the previously announced increase in U.S. tariffs on Chinese-origin goods, which would mean a temporary relief for American importers of a wide variety of goods. Between July and September 2018, the Trump Administration had imposed punitive tariffs against three lists of Chinese-origin goods under Section 301 of the 1974 Trade Act that collectively represent nearly one-half of all imported Chinese-origin goods. The List 3 tariffs, which is the largest of the three lists, applicable to about US$ 200 billion of Chinese-made goods, was due to increase the tariff rate from 10% to 25% on January 1, 2019. Under the reported Trump-Xi agreement, any further increase in the U.S. tariff rate on the List 3 items or any additional Chinese tariffs will be delayed until roughly March 2019. However, if a more permanent agreement is not reached within that 90-day window, the White House says the List 3 tariff rate increase to 25% will then go into effect (and even broader and higher Section 301 tariffs could then be imposed, such as on the remaining one-half of Chinese-origin imports) and China might then retaliate further against U.S.-origin goods,” Dong says.
“Notably, the White House’s description of this Trump-Xi agreement offers no relief from the 25% tariffs already applicable to the many Harmonized Tariff Schedule (HTS) items on List 1 announced in July and on List 2 announced in August 2018, covering US$34 billion and US$16 billion in annual imports from China, respectively. The Administration has signaled it will only remove such tariffs upon a broader agreement with China,” Dong says.
“To the American public, the Trump Administration touts China’s agreement in Buenos Aires to buy more unspecified U.S. goods, including immediate purchases of U.S. agricultural goods. In the past several months, China had adopted its own series of retaliatory measures, resulting in tariff increases and other trade restrictions on U.S.-origin goods that have sharply depressed American agricultural exports to China. The nature and scope of China’s promised additional purchases of U.S.-goods remains uncertain, however, with no details as to any particular products or quantities provided by either side. Initial reports in Chinese state media do not fully corroborate the items described by the White House,” Dong says.
“Critically, the weekend agreement is only a temporary cease-fire in the trade war. It begins a 90-day window for the United States and China to reach a much broader agreement on trade- and investment-related issues that had sparked the punitive tariffs and counter-tariffs during 2018. These new negotiations will presumably focus on China’s perceived injurious policies, such as forced technology transfers from the United States to China, lax intellectual property protection, non-tariff barriers, cyber intrusions and cyber theft, and Chinese market access for U.S. services and agriculture. The United States will also likely press again for changes in China’s “Made in China 2025” national industrial policy that is seen as encouraging the misappropriation of U.S. and other foreign intellectual policy, among other unfair trade practices. China’s willingness to agree to any meaningful concessions concerning these broad economic issues remains far from certain, based on the several rounds of unsuccessful talks between U.S. and Chinese officials during much of 2018,” Dong says.
"During this interlude in the trade war, it is uncertain whether the U.S. Trade Representative (USTR) will offer much satisfaction to tens of thousands of U.S. companies who have filed exclusion requests with the USTR to be spared from the 25% tariffs already in effect from Lists 1 and 2. To date, no relief has been granted under that process. It is also unclear whether USTR will afford relief to those who have been asking for a similar exclusion process to be offered for the US$ 200 billion subject to the List 3 tariffs. As of now, there is no mechanism at all for U.S. companies to seek any relief from the List 3 tariffs, which will remain at 10% for now and which might still yet be hiked to 25% in 2019 if the planned talks fail again,” Dong says.
View More