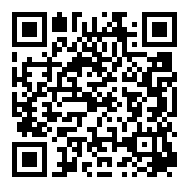 New Delhi-headquartered Crystal Crop Protection, a firm backed by private equity firm Everstone Capital, has acquired three insecticide and fungicide brands from the Indian unit of Syngenta AG.
The buys will further enhance the company’s product portfolio, especially across protection of pulses, cotton, rice, wheat, vegetable and grapes in India. The company has acquired Proclaim, Tilt and Blue Copper brands from Syngenta, which together have a market size of more than $20 million, sources close to the development told BusinessLine.
Crystal Crop Protection, an R&D-based agro-chemicals firm, had earlier diversified into seeds and agri-equipment businesses. Of late, the company has been on an acquisition spree.
Acquisition spree
This year, Crystal Crop Protection made four acquisitions including that of the Indian unit of Belgian chemicals firm Solvay SA. In January, the company acquired a speciality chemicals plant from Cytec India Specialty Chemicals & Materials, an Indian unit of Solvay SA.
The facility is based out of Butibori, Nagpur. Cytec Industries was acquired by Brussels-based Solvay, which has operations in 58 countries, in 2015 for $5.5 billion. Mumbai-based investment bank Singhi Advisors was the sole adviser to Solvay Group in the transaction. The company also acquired sorghum, pearl millet and fodder seeds business from Syngenta India and four brands - Furadan, Splendour, Affinity Force and Metcil - from FMC India.
Gets nod for IPO
Earlier in 2016, Crystal acquired Germany's BASF SE Bavistin brand, and in 2011 it acquired Hyderabad-based Rohini-Seeds and Rohini Bioseeds and Agritech. Prior that in April 2010, it acquired Syngenta’s seed business in India for an undisclosed sum. In July 2018, Crystal Crop Protection got SEBI approval to raise an estimated ₹1,000 crore through an Initial Public Offering (IPO) to raise an estimated ₹1,000 crore. The company, which had filed draft papers with Sebi in April, intends to use the proceeds towards repayment of loans, funding acquisitions, strategic initiatives and other general corporate purposes.
According to the company’s draft prospectus, the IPO comprises fresh issue of shares worth up to ₹545 crore and an offer for sale of up to ₹455 crore from promoter and existing shareholders, including Everstone Capital.
View More

Source: The Hindu Business Line
Click to bookmark and build your agrochemical knowledge base
Print
ForwardShare