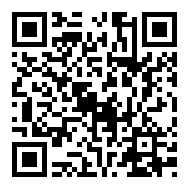 According to recent information from AgroPages, Korea’s famous organic farming pesticide importer Shinpoong Company has placed a first order of 2.5 tons of the acaricide, PLACARY, from the Chinese biopesticide enterprise, Chengdu Newsun Crop Science. Shinpoong Company plans to undertake exclusive sales of 300 tons of the product from 2019 to 2020, which will all be sold to the Korean organic agricultural market.
PLACARY is a novel botanical acaricide and insecticide developed by Chengdu Newsun Crop Science, and is a patented product of the company. It is a non-chemical product, which is safe and free of residue, well complying with the organic farming standard of China and the EU.
According to Chengdu Newsun Crop Science, PLACARY is produced using botanical flowers, fruits, leaves, roots and stems as raw materials via the co-extraction technique, which results in achieving an essential oil-based active substance of complicated compositions.
This active substance is easily infiltrated and intruded into the oily shell of the insects, thus blocking the stoma of the insect to control the action of spider mite on crops. Its effect of controlling spider mites reaches a peak in some five to seven days, with above 90% effectiveness.

spider mite's status after PLACARY treatment
In 2016, the Korean government publicized a strictest pesticide administrative law – Imported Food Safety Special Act and Pesticide Positive List System (PLS), which aim at the strict control of the adverse impact on the agricultural environment resulting from pesticide applications. According to the test certification of a local Korean authority, the PLACARY completely fulfills the organic and green production standard of Korea. Also, Shinpoong Company has conducted several rounds of trials and demonstrations of the product in 300-fold dilution, which are all proved to be above 95% effective in prevention and control.


PLACARY is highly regarded by Korean users for its safety, being residue-free and its high-efficiency advantages, being welcomed by Korean organic farming practitioners.