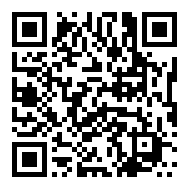 Favorites Print
ForwardShare
Jan. 28, 2008
The American Soybean Association (ASA) has called for "timely and science-based" approvals of three new genetically modified soybean lines that are intended for US introduction in 2009. Monsanto's glyphosate-tolerant Roundup RReady2Yield and Bayer CropScience's glufosinate-tolerant LibertyLink soybeans have been approved in the US and several other markets, but the EU process is "at least a year behind", says ASA first vice-president Johnny Dodson. DuPont's multiple herbicide-tolerant Optimum GAT soybeans are also going through the US and EU regulatory systems.
The three are the first of more than 20 GM soybean lines that are expected to be submitted for approval over the next ten years, Mr Dodson points out. Timely EU approvals are needed to avoid trade disruption and negative impacts on EU livestock, the ASA maintains. "It is the EU process that is out of step with the rest of the world," Mr Dodson says. The ASA supports the decision of US trade officials to give the EU more time to comply with WTO rulings on GM crop approvals.
View More