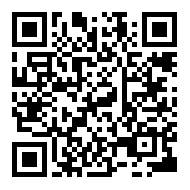 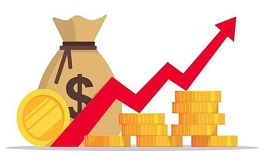 Agri input companies have posted decent growth in revenue and net profit for the quarter ended September 2018, due to an increase in sales volume on normal monsoon rainfall and price hikes.

While companies have been able to pass on raw material cost hikes to consumers successfully, there was a lag time of 4-6 weeks in the passage, which had a small impact on profit margins. Agri input companies aim to make most of the price hikes of their products in the December quarter.

“Performance across the business segment remained good despite the erratic south-west monsoon this kharif season. Though classified as a deficit of 9.4 per cent against Long Period Average (LPA), only 68 per cent of area received normal rainfall. Our close working with farmers, providing them with knowledge, products and information to extract better value out of crops, delivered robust growth in domestic space despite market challenges like increased raw material prices with pricing pressure and fluctuating commodities prices. We do hope for a better rabi season with a normal forecast for northeast monsoon and improved reservoir water level,” said V Shankar, Managing Director and CEO, Rallis India, a Tata Enterprise.

Export-centric UPL posted 13 per cent growth in its revenue primarily because of an eight per cent jump in its September quarter volume growth, the third surge in a row. UPL, which generates over 80 per cent revenue from exports, raised its product prices by an average four per cent as against a decline of four per cent and one per cent in 2016-17 and 2017-18 respectively. Other companies have also raised their product prices in sync with value-added and specialized chemicals, whose costs have risen in double digits during July–September.

“We are on growth path due to steady demand of our products. We are also working on the development of new products at affordable prices,” said Rajesh Aggarwal, Managing Director, Insecticides India Ltd.

Meanwhile, gross margins of PI Industries continue to be under pressure (contracted by 513 bps YoY to 42.9 per cent) due to higher input costs, which have offset the higher volume growth both in domestic and exports businesses.

“Growth in the domestic (24 per cent YoY) and exports (32 per cent) businesses was majorly led by higher volumes. The management maintained its guidance of 18-20 per cent for FY19 and expects to be on the higher side of the range, given a strong visibility for 2HFY19. The company plans to launch 2-3 products every year in both segments of business,” said Archit Joshi, an analyst with HDFC Securities while reviewing second quarter result of this company.

“Rising raw material costs across the segment affected the operational performance of all the key segments, with additional pressure coming from the rupee’s depreciation (down 4.1 per cent QoQ), which the company was not been able to pass on immediately to customers, thereby resulting in an additional cost burden of around Rs 540 million,” said Amar Mourya, an analyst with Emkay Global Ltd on BASF India’s July–September financial result.
View More