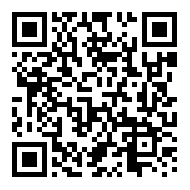 Farmers have long sown saved seed, but that could start coming with a price tag under two proposed royalty systems. Photo: Lightguard/iStock/Getty Images

But it’s also often said you get what you pay for.

Why it matters: Farmers will lose their right to save seed royalty free, will the benefits outweigh this added cost?

Now after two years of discussions initiated by the Grains Roundtable two options have emerged to get more money from farmers into developers’ hands — end point royalties and trailing contracts.

Both will be discussed at four consultation meetings organized by Agriculture and Agri-Food Canada and the Canadian Food Inspection Agency (CFIA) being held in Winnipeg, Ottawa, Saskatoon and Edmonton. The first meeting is in Winnipeg Nov. 16.
Saved seed

Both options undercut the economic advantage of farmers saving and sowing their own seed — something the National Farmers Union warned would happen as the federal government passed legislation in 2015 making Canada compliant with UPOV ’91, which provides for stronger plant breeders’ rights, including more options for collecting royalties.
How much more farmers will pay isn’t known. It depends on many variables, including competition. But according to a study prepared for the seed industry “value capture from FSS (farm-saved seed) using contracts produces a benefit to product developers that can approach $64.7 million per annum.”

The study says if farmers couldn’t plant farm-saved seed resulting in 60 per cent of cereal and pulse plantings coming from purchased certified seed “certified seed sales would increase by $467 million,” — double the estimated 2015-17 average of $291 million.

“A risk is that some seed companies decide not to have an FSS royalty rate, or decide to have a low rate compared to others as a means to capture market share,” the study says. “To overcome this risk, the collective industry body would need to ensure that all seed companies had an FSS royalty rate that was a fixed percentage of the associated fee on certified seed sales.”

That sounds like uncompetitive behaviour. It’s also not supported by the seed industry, Todd Hyra, SeCan’s western manager and president of the Canadian Seed Trade Association, said in an interview Oct. 18.

“As far as having minimums or making it mandatory I can’t see those being part of it,” he said.

Hyra said he liked the study because it allows different numbers to be plugged into different scenarios to see how much revenue is generated.

Some farmers fear seed companies will deregister varieties not covered by breeders’ rights further limiting farmers’ ability to save and grow their own seed without paying a trailing royalty.

Seed costs more for crops that for agronomic or legal reasons must be purchased new at every planting. Canola is one. The estimated average cost of Canadian canola seed from 2015 to 2017 was $65.88 an acre, according to data in the study.

It doesn’t necessarily follow that cereals and pulses seed prices will become just as expensive. Presumably, the potential profitability of a crop influences seed prices, as well as competition.

And despite the cost of canola seed it’s notable at more than 21 million acres, it’s Canada’s most seeded crop. Farmers obviously see value in growing it.

Most cereal and pulse crops are currently developed by publicly funded breeders, with additional funding coming from farmers through checkoffs.

Most canola, corn and soybean varieties are developed by private companies. The three are mainly genetically modified, offering traits not available in non-modified crops like cereals and pulses.

From the private seed developer’s point of view the problem is cereal and pulse growers don’t have to buy certified seed often enough.

“In contrast to cereals and pulse crops, canola product developers do exercise market power and because of this and the basic conditions noted, the ability to capture value results in high levels of investment in plant breeding,” the study says

“These public sector product developers (for cereals and pulses) do not exercise any potential market power. This behaviour, and the basic conditions, result in minimal value capture characterized by low investment and little private sector involvement.”

End point royalties would see farmers pay a royalty to variety developers when they deliver grain to an elevator.

Trailing contracts oblige farmers to remit a royalty on the farm-saved seed they plant.

Industry officials say the trailing contract has the most support because it’s the simplest and the most flexible.

The study also says trailing contracts will return the most money to seed developers.

Trailing contracts, depending on the royalty fees, could also be used to influence how much certified seed farmers buy, by making certified more or less expensive than saving seed.

“Our commission supports the (oat) breeding program, but if all this money is going back to the breeding program and the farmer faces a non-refundable end point royalty, perhaps producers will start taking their checkoff money back and then who is going to manage the market development and agronomy?” POGA’s executive director Shana Dempsey-Mathieson said in an interview Oct. 31. “Our board feels those producer dollars should be managed by producers and they wouldn’t be, so producers would basically have no say in where those dollars are going then.”

POGA is also concerned about how quickly the process is moving because many farmers aren’t aware of it.

Several industry officials said Ottawa will implement regulations to collect more royalties, regardless of the consultations.

That isn’t so, Anthony Parker, CFIA’s commissioner for plant breeders’ rights, said in an email Nov. 1.

“Only after the comprehensive consultations have been concluded, and all views heard, will the government then decide whether or not to pursue regulatory amendments,” he wrote.

The proposal, which the government says could be expanded to include other crops, assumes investing more in plant breeding will result in higher-yielding varieties. But today’s Canada Western Red Spring wheats are already high yielding and high quality.

A graph on POGA’s website shows recent oat yields increasing, on average, more than other crops.

Could farmers end up paying more, but not necessarily be better off?

“The whole point is that both private and public programs would benefit from this (increased royalty payments),” Hyra said. “This is not just about private companies. It’s important that the public programs remain strong and viable and this is an opportunity to make sure the funds generated are getting there as well.

“You never know where the next innovation is going to come from. You wouldn’t want Canada to be shut out of an innovation that was developed in another part of the world by a small- or medium-size entity.”

Oat Advantage operated in Saskatoon by Jim Dyck is an example of a small, family-owned breeding company that could do more with more revenue, Hyra said. SeCan is commercializing two of Dyck’s new oats in 2019, he added.

“And now with the potential for valuation creation — trailing contracts — that would ensure a more stable supply of money and so the interest goes up and you see more willingness to invest… and the potential that they (breeders) will get paid someday is certainly a good message,” Hyra said.