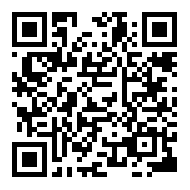 bixafen, an active ingredient from the chemical class of pyrazoles, belongs to a new generation of SDH (succinate dehydrogenase) inhibitors. It was developed specifically for foliar application to control important cereal dieases such as septoria leaf blotch (Septoria tritici) in intensive cereal growing regions. The unique combination of bixafen and prothioconazole, further enhanced by a new formulation technology, is the basis for the new Xpro™ product line.

Products based on this innovative technology offer efficient and long-lasting disease control and have positive effects on plant physiology, which in turn increases stress tolerance and boosts grain yields. These products are therefore also extremely suitable for use as a component in resistance management. Bayer CropScience plans to bring a wide range of Xpro™ cereal fungicides to market in Europe from 2011.