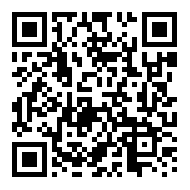 PGG Wrightson would be left ''a shadow of its former self'' if shareholders approve the sale of its seeds business, New Zealand Shareholders Association chief executive Michael Midgley says.

In August, PGW announced it intended selling its seed and grain business to Denmark-based DLF Seeds for $421million.

The NZSA has published its undirected proxy voting intentions ahead of a combined special meeting and the annual meeting of shareholders in Christchurch next Tuesday.

In a statement, Mr Midgley said there might also be concern as to whether the sale would be in the broader strategic interest of New Zealand.

The sale of shares in PGG Wrightson Seeds Holdings Ltd was a special resolution and required a 75% majority of those voting.

PGW had been conducting a strategic review of its business for some time and, from that, had come the proposal to sell the grain and seed division.

On the face of it, the offer was quite attractive, NZSA's voting intentions said.

The company would receive about $413million net and proposed to pay about $292 million of that to shareholders by way of a non-taxable distribution and a partial share cancellation.

The problem was that while accepting there would be a short-term benefit in the form of a very reasonable payout, it would leave PGW less than half its present size and with a range of businesses widely considered to be inferior to the grain and seed division.

''Whether this is in the medium to long-term interests of PGW or its shareholders is open to debate. Certainly, with the reduction in assets, the share price will reduce accordingly.''

If shareholders accepted DLF's offer, they would potentially lose in the long run unless PGW could ''pull a rabbit out of the hat'' and grow the rump business.

''Given the nature of those remaining assets, that will not be easy. There is no doubt that PGW needs to perform better than it has for some time, even if the decision is to retain the grain and seed business, and the ongoing nature of the strategic review will need to result in many changes at PGW to fully capture the opportunities.''

If shareholders voted down the proposal, it might be the catalyst for both Agria - the company's majority shareholder - and the board to take a broader view of what was in the best interests of all shareholders.

Even if shareholders approved the arrangement, the Overseas Investment Office might not, it said.

NZSA was also against the resolution to re-elect Kean Seng U as a non-independent director. He is head of corporate and legal affairs for Agria Corporation, a role he has held since December 2008.

When it came to board composition, NZSA noted all seven board members were male. Five had accounting or legal backgrounds, one a science background and one an economics background.

It would be preferable if at least one director had an executive background in the agricultural services industry in order to bring a direct and current knowledge of the industry to the board table and ensure the CEO and senior management were ''subject to rigorous and robust examination''.