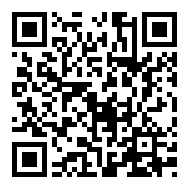 Recently the Chinese protective fungicide industry leader Limin Chemical has released to market its blockbuster fungicide mixture product named SUKEYOU. The product integrates the active ingredients of famoxadone and cymoxanil which have the properties of systemicity, protection and treatment. It is highly effective on prevention and control of various downy mildew and blight disease, being an effective tool for a full course control of crop diseases. SUKEYOU is a famoxadone + cymoxanil 52.5% WDG, having been registered with ICAMA by Limin Chemical in October 2017 for control of cucumber downy mildew.
Famoxadone is a novel, high-effective and broad-spectrum fungicide, which is protective, therapic, eradicant, penetrative and systemic. Its action mechanism is based upon energy inhibition, which is a mitochondrial electron transport inhibition. Famoxadone is mainly used for prevention and control of serious diseases inside ascomycetes, basidiomycetes and oomycote, such as powdery mildew, rust disease, glume blight, net blotch, downy mildew and late blight.
Cymoxanil is a high-effective and low-toxic fungicide, which has good effect on control of peronosporales, such as peronophthora, peronospora and plasmopara. Its action mechanism is based upon its action on the biosynthesis and cell membrane performance of fungal lipids, thus inhibiting spore germination, germ-tube elongation, formation of appressorium and hypha. Cymoxanil can be broadly mixed with other protective herbicides for application to brassicaceous vegetables like cucumber, grape, tomato and litchi as well as tobaccos.
The mixture of famoxadone and cymoxanil has a long-lasting protection function, being especially effective at the initial stage of disease. The two ingredients are mutually complementary, which greatly enhances the function of protection and treatment. This enables the product to be useful both before infection and after infection, thus providing a full course disease control.
SUKEYOU can be absorbed and translocated inside foliage. It has a strong adhesion, long-lasting protection effect at lower dosage, leaving no traces on leaf and fruit. Meanwhile, it is safe to crop and environment. According to Limin Chemical, SUKEYOU has the following advantages:
1. Brand New Compound Combination – brand new action mechanism with the double functions of treatment and protection, being definitely free of resistance.
2. Fast Acting – beginning to inhibit pathogenic growth and propagation 15 seconds after application, which minimizes disease damages.
3. Longer Lasting Effect – the protective function of famoxadone is stronger than conventional fungicides, lasting 3 – 5 days longer.
4. Rainwater Resistant - usually foliage is washed by rainfall or dewdrop, which will reduce the effect of pesticide application. The SUKEYOU membrane is not only firmly secured from wash away, but is also peculiarly redistributed making the membrane to be more even and uniform. Therefore the use of SUKEYOU in rainy season has the benefit of resistance to rainfall, which ensures the effect of application.
5. Advanced Formulation – safe to crops, less dosage and easy to apply.
The field trial reveals that SUKEYOU is applicable to cucumber, grape, potato, celery, tomato, chili, eggplant, leek, flower, lettuce, cucurbitaceous vegetables, tobacco, asparagus and common hop.