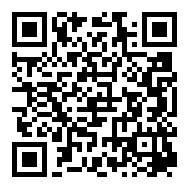 Although China is an early starter in transgenic agriculture, India has overtaken its northern neighbour in terms of the area under Bt cotton cultivation and the number of genetically modified (GM) crops in the pipeline for approval.

Both the countries began with developing transgenic fibre crop—Bt cotton—and moved on to food crops. They are experiencing similar resistance from consumer groups and civil society organisations, which is considerably delaying the process of regulatory approvals. “We have developed transgenic rice, but the approval for commercial cultivation is withheld due to stiff resistance by Greenpeace. However, transgenic tomato, green pepper and petunia are in commercial cultivation in a few select areas,” said Zhen Zhu of the Institute of Genetics and Development Biology in the Chinese Academy of Science, when recently in India.

In India, a public interest litigation has been filed in the Supreme Court seeking a moratorium on GM crops. The exporters, particularly the rice exporters are apprehensive about a setback in the European market in the event of approval of GM food crops.

However the ISAA chair, Clive James said: “India can be hub for transgenic technology in agriculture in South Asia.” China began commercial cultivation of Bt cotton in 1996 and became the member of the group of six ‘founder biotech crop countries’ along with the US, Argentina, Canada. According to ISAAA, though India began cultivation of Bt cotton quite late in 2002, its area under Bt cotton has increased to 3.8 million hectares in 2006 exceeding for the first time, that of China’s 3.5 million hectares.

The ISAAA report noted that China has developed successful Bt cotton varieties that compete with products developed by the private sector, but the level of Bt cotton adoption in that country seems to have plateaued at around 66%. “The plateauing may be in part due to the fact that large cotton

areas in Xing Xang province are subject to much less pest pressure than eastern provinces such as Hubei where pest pressure is high and where adoption rates are well above the national average,” it said. China has a cotton area of about 5.3 million hectares compared with the standard 9 million hectares in India, the world’s largest cotton producer. India is the only country to grow all four species of cultivated cotton. Gossypium hirsutum represents 90% of the hybrid cotton production in India and all the current Bt cotton hybrids are G.hirsutum.

In India by 2006 four events including double-stacked genes were deployed on 62 cotton hybrids. One event, the GFM developed by Nath Seeds featuring fused genes cry 1Ab and cry 1Ac was sourced from China. An indigenous event was developed by JK Seeds featuring cry 1Ac gene was sourced from IIT, Kharagpur. Apart from this, the rest of Bt technology in use in India is owned by Monsanto, licenced to Mahyco and sub-licenced to other seed Companies.