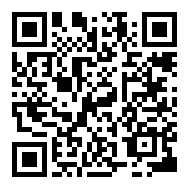 Seed firm Monsanto India, a subsidiary of Bayer group, Monday announced the appointment of Cherukuri Ravishankar as the Managing Director for its businesses in India, Bangladesh and Sri Lanka.

This is the first major change in Monsanto India after German pharma and chemical major Bayer AG in June this year completed the $63 billion megmega-deal acquire US-based biotech major Monsanto.

Ravishankar will replace Shilpa Divekar Nirula, who now moves on to a senior leadership position at the parent company Bayer, Monsanto India said in a statement.

However, she would continue to remain a non-executive director of the company.

"Ravishankar, who has earlier been a non-executive director of the company, has been instrumental in conceptualising and implementing strategic initiatives in commercial and modernising supply chain operations of the company," the statement said.

He brings with him 21 years of experience across multiple functions including commercial, strategy and supply chain as well as multiple industries agriculture inputs, consumer products, consumer durables and consulting.

With a presence of more than six decades in India, Monsanto India is committed to helping Indian farmers produce more while conserving sustainably and to be successful.
It focuses on maize (DEKALB, India's largest selling hybrid maize seed brand) and agricultural productivity (Roundup, the world's as well as India's largest selling glyphosate herbicide).