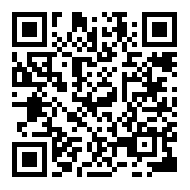 −− Minor genetic variations control good traits. How do we target them? Some of these mutations are created spontaneously by nature itself. Others can be induced by treating seeds chemically. However, all such mutations are created at random and to identify the positive ones requires equal amount of time and luck. Well, at least until recently. A new technology, defined as “Precision Breeding” uses a bacterial defense system called “CRISPR/Cas9” to induce mutations very precisely. If you already know, which genes control certain important traits, the system can be designed to make just one mutation at these genes.

Over the recent years DLF has gained substantial knowledge on the genetics controlling forage quality. Through intensive screenings, researchers were able to identify mutations in lignin biosynthesis, which had a positive effect on grass digestibility. But there are many more, and as an alternative to keep searching, they will now together with scientists from three other Danish breeding companies and three universities investigate if these mutations can be obtained faster by CRISPR/Cas9-induction. The project is called “ReTraQue” (Resistance-Traits-Quality) and it will implement the technology in wheat, barley, potato, ryegrass, and lucerne. Major targets will be to improve yield in all crops, disease resistance in cereals, and digestibility in ryegrass and lucerne.

The project runs over five years and has a total budget of 5.6 M €. It receives financial support from Innovation Fund Denmark.