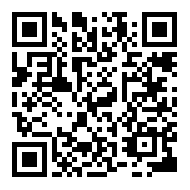 With ample water in reservoirs, agri-chemical companies are betting on a sales boost during the coming rabi season, following a sharp recovery in kharif sowing.

The cumulative storage in the country’s 91 major reservoirs as of last Thursday was 121.7 billion cubic metres of water, nearly a third higher than on the same day last year. This means there would be adequate soil moisture before rabi sowing, and both plating and output are expected to be higher.

“Rabi would be better this year as compared to last year,” said Madan Sabnavis, chief economist at CARE Ratings.

Kharif sowing this year was also more, marginally so, than last year. The estimate as of end-August was 104.17 million hectares, about 0.2 per cent more than a year before.

All this is reported to have raised the consumption of agricultural inputs, such as seed, fertiliser and agro-chemicals. “This increase in consumption is good news for the agro-chemical industry. For one, it indicates more awareness among farmers on judicious use. The recent hike in MSP (crop support prices) has been instrumental in triggering the rise — we need to constantly educate them about the right type and quantity to use,” said Rajesh Aggarwal, managing director, Insecticides India.

“We believe recovery in the agro-chemical market is in the offing,” says Archit Joshi, analyst with HDFC Securities.