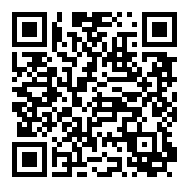 The premium seeds Dekalb 9108 and Dekalb 9106 will be available during spring and the kharif seasons in Uttar Pradesh and Punjab, respectively.

Dekalb 9108 is best suited for the spring season in Uttar Pradesh, while Dekalb 9106 is unique to the summer heat in Punjab. The seeds will help increase yield provided the farmers follow best farming practices, said Amitabh Jaipuria, managing director of MIL.

Crop-breeding research is being conducted over large acres for maize nurseries and over hundreds of acres of farmland for hybrid product testing across different agro-climatic conditions and seasons in India.

With over a million direct contacts, MIL’s field force interacts with farmers all year-round and engages in awareness and education programs focusing on agronomic practices and product usage. At present, India’s average maize output with conventional seeds is estimated at around 500 kgs per acre. The average output using hybrid seeds works out to one tonne per acre in India as compared to the global average of two tonnes.

Farmers in Bihar, however, have achieved the highest four tonnes per acre of output – with high-yielding hybrid maize seeds combined with good agronomic practices – that is at par with yields in the US.

There is a massive growth in corn output over the last 4-5 years from 12-13 million tonnes to 18-19 million tonnes because of high-yielding maize seeds. Monsanto has played a major role in making these seeds available to farmers in India. “We call it a “yellow revolution” in India,” said Jaipuria.

India had witnessed two “white revolutions” so far. First was the milk revolution around 1970-80 and the second was the cotton revolution between 2002-2006. But, now improved (or high-yielding) hybrid maize seeds are currently transforming maize farming in the country. Surprisingly, maize is the fastest growing cereal that is set to ensure food security in the country. Increased hybrid cultivation, better farming techniques and superior seed genetics can help meet increasing demand for maize.

The maximum productivity growth can come from seeds that constitute a small part (less than 10 per cent) of the total farm input costs. Most crops, however, contribute the maximum to increased farm productivity. Seed Replacement Rates (SRR) in India are lower than most countries including China and Vietnam. As a result, yields in India are lower than global averages.