Kenya to grow GM cotton on large scale by 2012 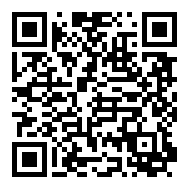 The country awaits the Biosafety Act whose regulations are to be gazetted later this month, before Bt cotton can be produced on large scale.

Among other things, the law will allow the commercialisation of GM cotton.

Kenya will become the third country to grow biotech cotton on the continent after South Africa and Burkina Faso, and the first to commercialise it in Central and East Africa.

According to Charles Waturu, centre director, at the Kenya Agricultural Research Institute - Thika, this will step up cotton production from 50,000 bales per year to 300,000 bales and meet the countrys cotton deficit.

"Unless a stumbling block emerges, we are ready for commercialisation," said Dr Waturu.

Already, the taskforce formed to spearheaded the commercialisation of GM cotton have proposed that 100,000 acres be set aside to kickstart the project.

Since 2004, Kari has been conducting research on the safety of Bt cotton.

Although it is yet to be commercialised, Bt cotton has been consumed silently with no side effects reported.

"Secondhand imported clothes are made from GM cotton, which shows it has been in use for a long time," said Lusike Wasilwa, Karis deputy director.

This reduces the cost of production for farmers, as no pesticides are required.