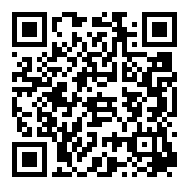 GM bananas are currently being tested in Uganda, but doubts remain concerning the benefits of GM for African farmers.

Genetically modified (GM) bananas that could reduce blindness, diarrhoea and anaemia are a step closer to becoming a reality, according to initial results from a joint research project between Ugandan and Australian scientists.

Bananas containing genes to increase their vitamin A and iron content have been planted in Australia and Uganda over the last two years, according to allAfrica.com.

This is reportedly the first time that GM banana crops have reached the confined field trials stage in Africa.

However, according to Andrew Kiggundu, head of banana biotechnology research at the countrys National Agricultural Research Laboratories Institute in Kawanda, Uganda currently has no law regulating the planting of GM crops, a requirement under the Cartagena Protocol on Biosafety.

The first harvest from Australia has shown promising results, according to researchers from the National Agricultural Research Organisation (NARO) in Uganda and Australias Queensland University of Technology.

A further five years of research may reportedly be necessary before the bananas are ready for commercial planting.
However, Peter Melchett of the UKs Soil Association, has questioned whether such moves are to the benefit of poor farmers in Africa.

"The question is whether this is the best technology to put money into in order to help poor countries and poor farmers," he told Fruitnet.com. "A 2008 report completed by more than 400 scientists over four years and led by Professor Robert Watson found that GM did not have a role to play."

According to Mr Melchett, with chemical and artificial inputs becoming more and more expensive, the last thing that farmers in developing countries need is to become hooked on costly seeds and inputs.

"These 400 scientists suggest farming techniques that do not involve a lot of inputs and are more effective during periods of drought," he added. "Also, rotation is important in limiting the economic and social damage of crop failures. With GM, rotation is not an option."