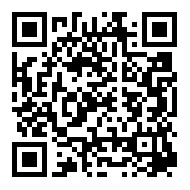 
In a Statement, Monsanto’s Vice President Scott Partridge said, “We are sympathetic to Mr. Johnson and his family. Today’s decision does not change the fact that more than 800 scientific studies and reviews – and conclusions by the U.S. Environmental Protection Agency, the U.S. National Institutes of Health and regulatory authorities around the world – support the fact that glyphosate does not cause cancer, and did not cause Mr. Johnson’s cancer. We will appeal this decision and continue to vigorously defend this product, which has a 40-year history of safe use and continues to be a vital, effective, and safe tool for farmers and others.”

On August 14, Monsanto ordered to pay $289m damages in a glyphosate cancer trial. Dewayne Johnson, a 46-year-old former groundskeeper, won victory in the landmark case on last Friday, with the jury determining that Monsanto’s Roundup caused his cancer and that the corporation failed to warn him of the health hazards from exposure.