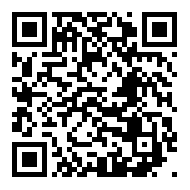 The Access to Seeds Index, 2018 has found that famers’ groups and cooperatives are an integral part of seed production in Nigeria, like other countries in Africa, and need to be formalised in order for better standards to be achieved.

Access to good seeds is a nagging issue, which ranks high among factors responsible for many farmers being unable to achieve optimum farm yields, and as a result, continuing to wallow in poverty.

Supported by Agence Française de Développement, the Government of The Netherlands and AgriCord, the study evaluated over 50 seed-producing cooperatives across 20 countries in West and Central Africa. Strong performers were identified in four countries: Senegal, Mali, Burkina Faso and Niger. In eight other countries the situation was qualified as ‘promising’.

For Nigeria, the report cites a 2016 survey by the National Agricultural Seed Council (NASC), which found that only 24 percent of seed in Nigeria is supplied by the formal sector. This suggests that up to 76 percent of farmers’ seed requirements is met by the informal seed sector. It identified a total of 560 farmers’ groups that are engaged in seed production activities but are not registered with the NASC as a seed-producing entity. To date, only a handful of cooperatives have been formally recognized as seed producers.

“The key question that guided our evaluation is whether farmer-led cooperatives can play a role delivering the new varieties developed by research institutes into the hands of famers,’ said Yacouba Diallo, research lead for the study. ‘This is relevant as modern plant breeding has led to an acceleration in the development of new varieties that can help farmers deal with the effects of climate change such as increased weather variability and the introduction of new pests and diseases,’ Diallo adds. ‘Based on our findings, the answer is: yes they can, and they are already doing it.’

Farmer-led cooperatives moved into seed production in the 1980s and 90s when the seed sector was privatized. In the 2000s, many countries renewed their national seed laws, which created opportunities for these cooperatives to become formally recognized as certified seed producers. ‘When we talk about the formal seed sector in the region, it is important to realize that cooperatives can also be formal actors, not just seed companies,’ Diallo explains.

The general perception of cooperatives is that they multiply basic seed sourced from research institutes, distributing these among their members. The study observed that strong performers have moved well beyond that model. Diallo: ‘These strong performers partner with national and international research institutes to test and select varieties that meet the needs and preferences of local farmers. Also, they partner with seed companies or public agencies to ensure that the seeds are distributed at national scale or even beyond borders. Some even have reached advanced levels of seed production, producing hybrids or early generation seeds.’

Highlighted in Nigeria includes the Jirkur Seed Cooperative Society, which the report notes was set up by a group of community seed producers in Borno State, to continue the sustainable supply of quality seed in the region after an IITA-supported project ended. It was officially registered with the Borno State Ministry of Cooperatives in 2008, with NASC in 2010 and with the Corporate Affairs Commission in 2014. Initially consisting of ten members, it has now grown to 200 members. Its production has also increased, from 50 tons to nearly 1,000 metric tons annually of maize, rice, soybean, cowpea and groundnut seed. NASC certifies and approves the quality of seeds produced for dissemination to farmers and also assists in capacity building.

The second is Badala Azare Farmers’ Cooperative Society, which as at 2016; is the largest seed-producing cooperative in Nigeria, with a total of 250 members. Along with the Jirkur Seed Cooperative Society, it is the only cooperative that is formally recognized as a seed producer. It operates in the northwest, north central and northeast of Nigeria. Seed-production activities focus on four field crops: rice, maize, sorghum and millet. The cooperative reports a total estimated seed production of 400 metric tons a year

Also identified is the Agriculture Graduates Association of Nigeria (AGAN), which has begun the accreditation process for the formal seed system. It was established with the aim of mobilizing young graduates to take a lead in sustainable agricultural development in Nigeria. Although AGAN is a national association, most of its activities (extension services, community-based seed production, community-based equipment hiring and commercial farming programs) are developed and promoted in Niger State. AGAN according to the report, has engaged over 500 young farmers and 50 professional members in community seed production. AGAN interacts with both national and international research institutes to source its foundation planting materials. The crops covered include rice, sorghum, maize (PVA), cassava and oil palm.