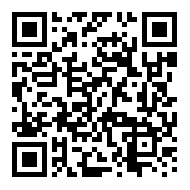 Genetic Technologies had previously granted a non-exclusive license to the GTG non-coding patents to Monsanto in 2007 for all applications in plants and plant products. Soon after, GTG also granted Monsanto a further non-exclusive license for applications in swine. The current license now grants Monsanto similar rights for cattle. The commercial terms of this further license are covered by formal confidentiality provisions within the relevant Settlement and License Agreement and therefore cannot be disclosed.

This new license follows recent discussions with Monsanto, further to the patent infringement law suit filed by Genetic Technologies in the Western District of Wisconsin earlier this year.

Genetic Technologies is also now engaged in discussions with other parties pertaining to this law suit and further details will be released to the Market as additional license agreements are duly executed. Genetic Technologies is also engaged in a number of licensing negotiations separate to this law suit and details of relevant outcomes from these additional activities will similarly be released to the Market, as appropriate.

Genetic Technologies was an early pioneer in recognising important new applications for “non-coding” DNA (Deoxyribonucleic Acid). The Company has since been granted patents in 24 countries around the world, securing intellectual property rights for particular uses of non-coding DNA in genetic analysis and gene mapping across all genes in all species. Its three-pronged business strategy includes: 1) the global commercialisation of its patents through an active licensing program; 2) the expansion of its dominant commercial genetic testing business with a focus on oncology and cancer management including BREVAGen™, the Company’s first in class test for non-hereditary breast cancer risk; and, 3) the commercialisation of its various research and development projects aimed at generating further intellectual property of potentially global commercial significance. For more information, please visit www.gtglabs.com.