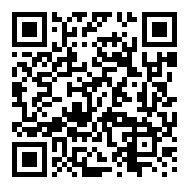 Syngenta Seeds, Inc., announced it has received import approvals from Japanese and Taiwanese regulatory authorities for its Enogen corn amylase trait (Event 3272), which has demonstrated improved productivity and sustainability in the manufacture of ethanol from corn in tests conducted at ethanol plants. These regulatory approvals allow the importation of grain or co-products like dry distillers grains (DDG) grown from corn hybrids containing the Enogen trait for food or feed use in Japan and Taiwan. In addition, the Enogen trait stacked with Agrisure® 3000GT has been approved in Japan.

"As a leader in the development of plant-based solutions, Syngenta is pleased that the Enogen corn trait has been approved by the Japanese and Taiwanese governments,” said David Morgan, president of Syngenta Seeds. “We believe our Enogen corn technology will play a vital role in improving ethanol plant productivity and increasing profit potential at a critical time for the ethanol industry.”

Because of its unique characteristics, the Enogen trait can bring direct bottom-line benefits to an ethanol industry that is under tremendous strain. Based on commercial scale trial and process modeling, Syngentas analysis of the Enogen trait’s potential indicates that it could mean an additional 8 to 15 cents or more of value per gallon of ethanol produced. Value creation is driven by a combination of factors such as increased throughput and through reduced water, chemical, and energy requirements, therefore reducing the carbon footprint.

In addition to these recent Japanese and Taiwanese approvals, the Enogen trait (Event 3272) is approved for import into Canada, Australia, New Zealand, Mexico and the Philippines, and Enogen corn hybrids have been approved for cultivation in Canada since 2008. In the U.S., Syngenta completed consultation with the Food and Drug Administration (FDA) in 2007 and U.S. Department of Agriculture (USDA) deregulation is still pending.

Upon deregulation in the United States, Enogen grain will be produced under contract in a tightly managed track and trace system to maintain quality standards for the dry grind ethanol process and reduce the potential for starch functionality impacts in some industrial and food processes.

The Enogen trait is not currently approved for sale or use in the United States and is therefore not being offered for sale. This product will not be available for sale until all necessary regulatory approvals have been granted.

Agrisure®, Agrisure Viptera™, Enogen™ and the Syngenta logo are trademarks of a Syngenta Group Company.