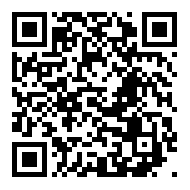 More needed than ever is profound research in drought tolerance as the number of drought incidences are steadily increasing. The phenomenon seem to spread – not only in frequency but also geographically. As of today it is evident that Northern Europe will face substantial yield losses due to the current stress situation and many people question whether the phenomenon is a coincidence or an indication of a more permanent climate transition, which calls upon immediate action.

Nobody really knows, but DLF and other Danish breeding companies already started preparing for these types of scenarios some years ago when they launched the project called RadiMax. Headed by DLF the project comprises four breeding companies and three Danish universities; Copenhagen University, Aarhus University, and Aalborg University. The working hypothesis is that deeper roots will allow plants to better cope with spring drought. Anyone interested had the chance to get a deeper understanding on the activities behind RadiMax as the university few weeks ago opened the doors to the facility in Taastrup, Denmark. Since 2016, scientists and breeders operating the system have tested varieties and breeding material in wheat, barley, potato, and grasses for deep rooting, and superior plant material has already been identified. Kristian Thorup-Kristensen, professor in Crop Science at Copenhagen University has never doubted the benefits of deep root growth: “An extension of primary root growth with just 20 cm will likely increase yield by 5-10% under spring drought”. Based on the observations they have already done, he is convinced that an extra 20 cm is not an unrealistic breeding target. At DLF, the root screenings from each variety are combined with their genomic profile. This information is utilized in the breeding technology called genomic selection, which enable breeders to predict rooting properties of a new variety based on its DNA profile”. Concerning the experiments at RadiMax, Head of DLF Biotech activities, Christian Sig Jensen says: “All ready now we have obtained very detailed information on which species and which varieties produce deep roots and have superior drought tolerance. Tall fescue and festulolium are the deepest rooting grasses. Farmers with these species in their forage mixtures will definitely benefit from them in a year like 2018 with extreme spring drought. Next step will be to create second generation grass varieties with extra deep rooting”.