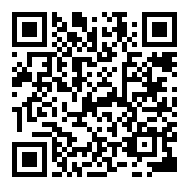 Favorites Print
ForwardShare
Jul. 6, 2018
Bayer AG’s crop science unit will lead revenue gains in Brazil this year and next as the South American country becomes the company’s main driver of growth and its second biggest market, the global head of the crop science division said on Tuesday. Liam Condon, Bayer's global crop science Chief Executive Officer, attends a news conference in Sao Paulo, Brazil July 3, 2018. REUTERS/Paulo Whitaker
Unit head Liam Condon, speaking to a gathering of journalists in São Paulo, said that after Bayer completes its integration of Monsanto Co following the recent closing of the acquisition, the combined entity will have revenue of about 15 billion reais ($3.9 billion) in Brazil.

About 80 percent of Brazilian sales will come from the crop business, including agrochemicals and licensing of genetically modified seeds, he said. Gerhard Bohner, chief operating officer for the division, said that is up from 60 percent of Bayer’s Brazilian sales before combining with Monsanto.
The takeover of Monsanto underscores the growing importance of the agribusiness division to Bayer, which also makes pharmaceuticals and has a consumer health business. Crop science is even more vital in Brazil, where record harvests have been a rare bright spot in a sluggish economic recovery.

“We expect sales in Brazil to grow this year and next year,” Condon said. He promised more guidance after Bayer begins integrating with Monsanto, which can only happen around August, after completing the divestments required to win regulatory approval of the 63 billion euros ($73 billion) deal.

In September, the companies will release results for the combined entity, Condon said.

However, Brazil, one of the world’s largest producers of soybeans and corn, brings no shortage of challenges to Bayer.

In the United States and Europe, authorities take about two years to approve a new chemical for use on crops, while in Brazil it can take up to seven years, executives said.

Brazil’s Congress is currently debating rules that could speed up the registration and approval of such chemicals.

“The challenge in Brazil is to bring innovation quicker to the market place,” Bohner said.

Germany
# Participating companies in 2021 CPEW #
Bayer and Kimitec join forces to bring the next generation of Biologicals to millions of growers worldwide
Follow
Source: Reuters
Click to bookmark and build your agrochemical knowledge base
Print
ForwardShare