Canada: BASF to sell its Clearfield Production System for Canola 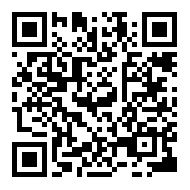 June 27, the Canadian Competition Bureau announced that it has reached an agreement with BASF SE (BASF) in connection with its proposed purchase of assets that Bayer AG (Bayer) must sell following its recent acquisition of the Monsanto Company.

The Commissioner of Competition concluded that BASF’s acquisition of the Bayer assets would likely have substantially lessened or prevented competition in the supply of canola seeds and traits in Canada due to BASF’s pre-existing position in that market.

To address those concerns, BASF has agreed to sell its Clearfield Production System for Canola and supporting assets to a buyer acceptable to the Commissioner.

“The canola industry contributes over $26 billion per year to the Canadian economy, making it one of our most essential agricultural assets. Today’s agreement with BASF is necessary to protect competition and innovation in this important industry following Bayer’s recent acquisition of Monsanto.”