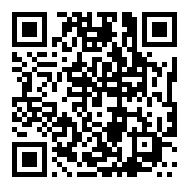 Farmers from two separate Brazilian associations are preparing to file suit against biotechnology giant Monsanto, in a fight over the royalty fees the company demands for its genetically modified (GM) Roundup Ready soy.

Roundup Ready crops are engineered for resistance to the Monsanto herbicide Roundup (glyphosate), allowing farmers to apply the chemical liberally without damaging the cash crop. This GM soy variety now occupies half the cultivated soy area in the Brazilian state of Matto Grosso, and GM crops occupy half of all agricultural fields in the northern part of the state.

The Sinop Rural Union of northern Matto Grosso stated recently that after failing to achieve any positive resolutions through meetings with Monstanto, it is preparing to take the company to court. The union objects to the companys practice of carrying out two separate royalties collections for its patented GM seeds. In part, they object simply to the high prices Monsanto demands upon purchase of its seeds.

"In January they charged R$0.45 (US$0.25) per kilo of seed, which is equivalent to 30 percent of the price of each sack," said the unions president, Antonio Galvan.

More fundamentally, however, the union objects to Monsantos practice of carrying out a second royalties collection at the time of harvest. The company tests all seeds arriving at warehouses to determine whether they are GM or not, then charges royalties to all farmers who bring in GM seeds and have not paid already. Farmers object that this practice does not account for possible contamination at the warehouse, and penalizes farmers whose seeds have been genetically contaminated through cross-pollination with Monsantos product.

"Cross pollination may take place if theres a field of GM soya next to a non-GM one at flowering time," Galvan said. "Contamination can also take place if the machines are not well cleaned at harvest time, and some GM beans remain. In this way, they will be considered GM when they are tested."

A second farmers group, the Association of Soya and Corn Producers of Matto Grosso, is also suing Monsanto over excessive royalties, and objects that the company pressures farmers to buy only GM seeds.