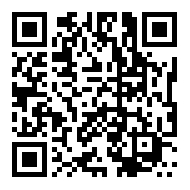 German chemicals and pharma major Bayer group has launched the process for over Rs13 billion open offer to acquire up to 26 per cent additional stake in Monsanto India, following its global acquisition of the US biotech major for $63 billion.

Bayer AG, along with its Indian arm Bayer CropScience, has proposed to buy up to 44,88,315 shares, representing 26 per cent of the fully diluted voting equity share capital of Monsanto India, according to a regulatory filing.

The open offer was triggered after Bayer group completed the $63 billion mega-deal to acquire Monsanto to create the world's biggest agro-chemical and seed company. The deal resulted in Bayer group indirectly acquiring 72.14 per cent stake in Monsanto India Ltd.

Bayer group has fixed the open offer price at Rs 2,926.87 per share and the maximum size will be Rs 1,313 billion Monsanto India said in the filing to the BSE. The open offer will commence on July 27.

On June 7, Bayer group closed the acquisition of Monsanto in a multi-billion dollar deal, which was announced in September 2016, after the company received all regulatory approvals from countries, including the US and India.

Bayer group is present in India since 1896 and has two divisions — crop science and pharmaceutical. The group has one listed entity in India, Bayer CropScience, which posted a revenue from operation of Rs 30 billion in 2017-18.