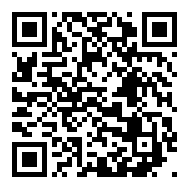 The financial performance of agricultural input companies is likely to improve substantially during the first half of financial year 2019 (FY19) due to rising demand to fill pipeline inventory on the back of the forecast of a normal monsoon this season.

Sales and profits of agri input companies were under tremendous pressure during the January–March 2018 quarter (Q4FY18) due to a sharp increase in the prices of raw material and weak lean season demand. Companies like Dhanuka Agritech, PI Industries, and Rallies India posted a decline in their sales and profits during Q4FY18. United Phosphorus reported a 35 per cent decline in their profit after tax for the same quarter.

Both dealers and consumers abstained from building their pipeline inventory on expectations of a decline in the prices of agri inputs. This had resulted in the complete drainage of the pipeline inventory. Now, with the beginning of the demand season following the onset of the monsoon rainfalls, the topline and bottomline of agri input companies are set to improve, with the September quarter set to remain better than the June quarter.

"The demand season would see agri companies be able to pass on the raw material price hike on to consumers to maintain their profit margins intact. Also, the rainfalls for the current monsoon season spread towards the end of June. Hence, the June quarter is considered to be a lean season. Weather scenario becomes clear during the September quarter with increased demand of agri input. Hence, the September quarter is expected to be better in terms of sales and profitability," said M K Dhanuka, managing director of Dhanuka Agritech Ltd.

Normally, reports of weather adversities like floods, droughts or pest attacks become clear during the September quarter, resulting in increased demand for seed, fertiliser, and agro-chemicals. The demand for agri inputs also increases during the normal monsoon season in anticipation of a rise in sowing area. Paddy, cotton, pulses, soybean, and maize, among others, are Kharif crops sown with the onset of monsoon rainfalls.

Meanwhile, the consumption of agro-chemicals in the domestic market remained muted during Q4FY18, which was a seasonally weak quarter on the back of lower pest infestations witnessed due to favourable weather conditions and lower placement done by companies. Further, a bumper Kharif harvest kept prices of many crops subdued and, consequently, impacted farmers' profitability, which restricted their ability to purchase high-end speciality agro-chemicals.

"Most agro-chemical companies reported contraction in Ebitda (Earnings before interest, taxes, depreciation, and amortisation) margins during March quarter due to inflationary pressure in raw material. Cost of raw materials continued to increase in Q1FY19 and is likely to stabilise only from mid-Q2FY19," said Pratik Tholiya, an analyst with Emkay Global Financial Services Ltd.

For the fertiliser sector, however, rising prices of phosphoric acid and natural gas, coupled with rupee depreciation, are likely to put pressure on margins. However, most companies have brought in a price hike of Rs 2,000-3,000 a tonne in complex fertilisers, which will partly offset the inflationary pressure of raw material.

"Subsidy disbursement had been quick in FY18; however, under the new direct benefit transfer (DBT) regime, we expect healthy volume growth in FY19," said Tholiya in a report.