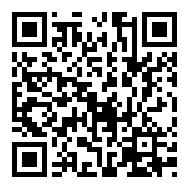 Acquisition of Monsanto expected to be closed in the near future / 2017 sales and earnings at the prior-year level / Dividend to be raised for the eighth time in succession – to 2.80 euros per share / Start to fiscal 2018 overshadowed by currency effects
The Bayer Group is making great progress with the acquisition of Monsanto. “After almost two years of very diligent work, we have received nearly all the crucial approvals. We anticipate being able to close the acquisition of Monsanto in the near future,” said Werner Baumann, Chairman of the Board of Management of Bayer, at the company’s Annual Stockholders’ Meeting held in Bonn, Germany, on Friday. Operationally, Bayer’s sales and earnings in 2017 remained on a par with 2016. To ensure that the company’s stockholders once more participate appropriately in Bayer’s success, it was proposed that the dividend be increased for the eighth time in succession, to 2.80 euros per share from 2.70 euros in the previous year. Baumann sees the company in good shape for the future: “We are optimistic because our products and services can improve people’s lives.”

Sales of the Bayer Group in 2017 rose by 1.5 percent on a currency- and portfolio-adjusted basis (Fx & portfolio adj.; reported: 0.2 percent) to around 35 billion euros. Despite negative currency effects, EBITDA before special items was level year on year at 9.3 billion euros. Core earnings per share advanced by 1.0 percent to 6.74 euros.

Baumann thanked the company’s employees for their effort for the company in the past year: “Their commitment, expertise and dedication are what makes Bayer.”

The start to fiscal 2018 – like the previous year – was overshadowed by negative currency effects. Adjusted for currency and portfolio effects, first-quarter sales increased by 2.0 percent (reported: minus 5.6 percent) to 9.1 billion euros. EBITDA before special items (Fx adj.) matched the level of the strong first quarter in 2017.

On this basis, Bayer confirmed its currency-adjusted outlook for fiscal 2018. However, this does not take account of the imminent closing of the Monsanto acquisition. The company continues to anticipate a low- to mid-single-digit percentage increase in sales (Fx & portfolio adj.). It still expects to increase EBITDA before special items and core earnings per share by a mid-single-digit percentage after adjusting for currency effects.

Bayer has also made important progress strategically. For example, with the placement of Covestro shares at the start of May, the company successfully concluded the selling process. Bayer AG now holds just 6.8 percent of Covestro shares to repay the exchangeable bond that matures in 2020. Through the sale of Covestro shares, Bayer has generated proceeds of more than nine billion euros. The exchangeable bond issued last year raised an additional one billion euros. Overall, including the debt transferred in the course of the stock market listing, Bayer generated proceeds of over 15 billion euros through the separation from Covestro – around 4.5 billion euros more than expected. “Implementation was also sooner than planned,” said Baumann.

“Taking us forward to become a leading agriculture company”

A further major strategic step now lies ahead: the acquisition of Monsanto. In connection with the merger control process, Bayer divested businesses with sales of 2.2 billion euros (2017) to BASF for a total base purchase price of 7.6 billion euros. “These divestments were necessary in order to obtain regulatory approval for the transaction,” explained Baumann. “On the other hand, we are acquiring new and very attractive businesses that will take us forward to become a leading agriculture company.”

He considers the acquisition to be as attractive today as it was two years ago. “I’ve been involved in a lot of transactions during my career. Viewed from various aspects and overall, I’m convinced that this acquisition has very great potential for creating value for our company, our stockholders and our customers,” said Baumann. Bayer expects a positive contribution to core earnings per share starting in 2019 with a double-digit percentage from 2021 onward. Adjusted for divestments, the company expects synergies to deliver annual contributions of 1.2 billion U.S. dollars to EBITDA before special items from 2022 onward.

At the same time, Bayer is maintaining a balanced product portfolio. Including Monsanto and adjusted for the divestments, the health and nutrition businesses would have been roughly equal in size in 2017, with total pro forma sales of around 45 billion euros that included sales of some 20 billion euros from the combined Crop Science business.

The United Nations estimates that approximately ten billion people will populate the earth in 2050. According to Baumann, it will be an enormous challenge to produce food in sufficient quantity and quality for all of them. Bayer and Monsanto together will be able to contribute more to addressing this challenge. “In the future, we will be better placed to help farmers worldwide produce healthy, safe and affordable food in a sustainable manner.”

Bayer will offer them an outstanding portfolio comprising seeds and plant traits; chemical and biological crop protection; digital technologies, information and consulting. “Our offering will thus include many different options that reflect the diverse nature of agriculture worldwide,” said Baumann.

At the same time, he emphasized the significance of innovation. “In the past, it was always farmers who used new processes, new varieties and new technologies to feed a growing population.” Baumann sees the same situation now – especially against the backdrop of the growing threat to harvests from extreme weather conditions and climate change. “In the search for innovations, we aim to be a partner to agriculture,” said Baumann and emphasized that the company’s responsibility would be extended through the acquisition of Monsanto. “We will do everything we can to meet this responsibility. Bayer has a reputation for the highest ethical, environmental and social standards.”

Bayer has secured bridge financing of originally 57 billion U.S. dollars for the acquisition of Monsanto. As announced in September 2016, this is being refinanced by a combination of equity and borrowing measures, some of which have already been completed. The last planned equity measure is to be a capital increase with subscription rights. Bayer expects this capital increase to be smaller than originally planned because the proceeds from the sale of Covestro shares were higher than initially anticipated. Moreover, Temasek subscribed to a capital increase in April 2018. The refinancing measures are to be completed by bond placements in various currencies.

New elections for the Supervisory Board

The agenda of the Annual Stockholders’ Meeting includes the election of a successor to Dr. Klaus Sturany, whose term of office as a member of the Supervisory Board of Bayer AG ends. He has served on the Supervisory Board for 11 years and was Chairman of the Audit Committee. Prof. Dr. Norbert Winkeljohann is to be elected as a new member of the supervisory body. He is currently Chairman of the Management Board of PricewaterhouseCoopers GmbH Wirtschaftsprüfungsgesellschaft but will be leaving that position at midnight on June 30 of this year.

Germany
# Participating companies in 2021 CPEW #
Bayer and Kimitec join forces to bring the next generation of Biologicals to millions of growers worldwide
Follow
Source: Bayer CropScience
Click to bookmark and build your agrochemical knowledge base
Print
ForwardShare