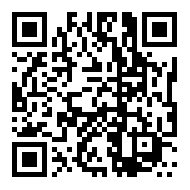 As the eventual conclusion of Bayer’s acquisition of Monsanto draws closer, all eyes are on the German healthcare and agriculture giant to find out what the new normal will look like. In agriculture, Liam Condon, CEO of Bayer Crop Science, will have the primary role in shaping that new reality, confirmed by Bayer’s recent release of the executive team for its post-merger Crop Science division.

We sat down with Condon after he participated in a roundtable discussion with environmental groups and agriculture industry stakeholders in Washington, DC to exchange ideas in advance of Bayer’s acquisition of Monsanto.

Bayer’s innovation strategy has logically centered around biotech to-date, but as you move into a broader global role through the acquisition of Monsanto, are you considering broadening your innovation strategy? As we heard during the roundtable discussion, what about fintech for farmers, for example?

Our core competency will remain on the biotech side. Bayer is on the chemical and biological front, a world-class company. Monsanto, particularly in biotechnology, is a world-class company. We do not have any kind of core competency on the financial side beyond reading our own numbers. But farmers, particularly smallholders, but also other farmers, have financial needs and our goal is to team up with the most innovative companies in the space to make sure that our farmers are getting the most holistic solutions we can offer. But we’re pretty clear about our core competency from a research and development point of view and that won’t change very much.

Do the phrases ‘team up’ or ‘partner’ possibly include investment?

It could. I wouldn’t exclude it.

What about tools that are focused on farmer profitability, as Monsanto owns a few of those? Is your view broadening to include that kind of innovation?

Both Bayer and Monsanto have made significant investments on the digital front, particularly in tools that can help farmers farm in a more resource-efficient manner that will help them lower their costs and through that increase their incomes. Those approaches we have embedded within our own digital operations. The focus there is resource efficiency.

On the biotech innovation side, Monsanto has made some moves the resemble the pharma model of innovation where you put as much energy in acquiring innovation from outside as you do developing it inside. Is that a model that you think is relevant to agriculture?

It is. Absolutely, I would argue any company that wants to be successful today needs to have an open innovation policy. The idea of investing in everything internally is completely old school and has no future for truly innovative companies because the pace of change and technological development is so fast. No company can keep up just by themselves. You’ve got to partner with others and those partnerships take different forms.

Monsanto usually works through their Monsanto Growth Ventures, where they take equity stakes in certain companies. With Bayer, we’ve had a different but complementary approach where we rather set up joint ventures in areas that we think could be disruptive in the future. Joyn Bio is a nice example, getting into synthetic biology and the microbiome space. Clearly doing that alone would not be successful so working with a company like Ginkgo Bioworks is tremendously exciting. And together we created a new entity that can work in that space.

We’ve done it in the pharma field as well where we’ve created joint ventures, for example working in stem cell therapy, which if it works would be highly disruptive. It’s so disruptive we actually can’t develop it internally because it disrupts part of what we’re doing internally today. So it makes much more sense to have this outside of the core of the business and if it succeeds, it becomes the new core. So our approach has been more this JV approach for disruptive models and Monsanto is more taking smaller equity stakes and placing multiple bets on different companies.

It sounds like Joyn Bio would be on deck for acquisition based on your description.

These are highly disruptive spaces where it is unclear how it’s going to play out. So it makes sense at an early stage to hedge our bets in the sense of sharing the cost and sharing the risk. At some stage, inevitably if it either becomes clear that the idea is going to be super, then clearly that JV starts to become more attractive to buy out the whole thing, or it crashes and burns because it’s disruptive and by the nature of things, not everything is going to get to market and then its just dissolves. It’s a matter of hedging our bets to take this kind of approach for such a disruptive technology.

On the biologicals front, Bayer has been investing in that technology quite a bit, acquiring biological startup AgraQuest as far back as 2012. Why invest there?

Consumer demand for residue-free food is increasing pretty rapidly and also regulatory pressure on chemicals is constantly increasing. There is a greater willingness on the part of consumers to embrace biologicals because there is a sense somehow that they’re more natural. And from a regulatory point of view, it’s a much easier path of development than a chemical.

Reality is that usually [biologicals] only work effectively today combined with chemicals. But they can be used in a complementary manner and that is where we see the biggest opportunity. I think consumer demand will push us in the direction of a more biological approach, but biologicals will never substitute for chemicals because the efficacy isn’t the same, so we’ll need to have the right combinations. But as somebody that claims to want to be a market leader in crop protection, we need to have the broadest portfolio possible and it will need to not only include chemicals but also biological approaches.

Something that Monsanto Growth Ventures has historically done is reach outside of agriculture for investments. Is that strategy of interest to you?

I think the way we both look at innovation is that if something new and exciting comes up, it doesn’t have to be in ag today. For us the question is always, can it be applied to ag and if it can, then should we pioneer that approach in agriculture? That’s where we benefit a little bit in Bayer also being a healthcare company. We have a lot of insights into what works on the pharmaceutical side in human and animal health. There are benefits to using a wider lens.

# Participating companies in 2021 CPEW #
BASF: Monsanto is a ‘fierce’ competitor, not a co-conspirator
Follow
Source: AgFunder
Click to bookmark and build your agrochemical knowledge base
Print
ForwardShare