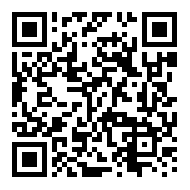 Favorites Print
ForwardShare
Jul. 12, 2010
The loss of key fungicide active ingredients as a result of EU pesticide legislation would require a switch to lower yielding, but more highly disease-resistant winter wheat varieties in the UK.

That was one of the messages from Broom’s Barn director Bill Clark to growers attending the research centre last week.

"If we lost triazoles, we would be in deep, deep trouble,” said Mr Clark, referring to the possibility that triazoles might yet be defined as endocrine disruptors under EU legislation, which could result in the withdrawal of their approval for use.

"We don’t have varieties in the UK which can perform under a low input system. We select varieties that perform well under a high input fungicide regime.

"The battle is still going on; triazoles are still under threat from EU pesticide legislation.”

Should triazoles be lost, it would take the industry between five and 10 years to switch varieties, said Mr Clark. “We’d have lower yields to those we grow now.

"The Danes have done it - they have already taken this step and have varieties that perform reasonably well under a low input system.”
View More