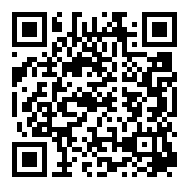 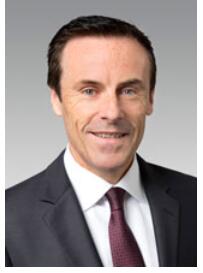 Bayer recently announced the selection of the new Executive Leadership Team for the Crop Science division, which will go into effect as of the closing of Bayer’s proposed acquisition of Monsanto. The closing is still subject to pending regulatory approval. Bayer and Monsanto continue to work closely with regulators in order to close the transaction in the second quarter of 2018.

The new Executive Leadership Team will be led by Liam Condon (pictured), who continues to serve as a member of Bayer’s Board of Management and as President of the Crop Science Division headquartered in Monheim, Germany. He is also responsible for Bayer’s Animal Health business unit. "Liam Condon brings over 25 years of experience in leading and growing businesses in the agriculture and health industries. We are convinced that he will successfully lead the combined Crop Science business," said Werner Wenning, Chairman of the Supervisory Board of Bayer AG.

"I would like to sincerely thank the leadership teams at Bayer and Monsanto - and especially Monsanto CEO Hugh Grant - for their tremendous support throughout the transaction process", said Werner Baumann, Chairman of the Board of Management of Bayer AG. Hugh Grant announced today his intent to leave Monsanto at the closing of the acquisition of Monsanto by Bayer.

"These leadership appointments represent a major step forward for Crop Science to realize the vision of the combined organization: to provide farmers with smarter ways to grow more nutritious and affordable food for a growing world population, whilst simultaneously protecting natural resources and the environment," said Condon. "The selection of the new Executive Leadership Team represents the culmination of a very thoughtful and systematic process to identify and recruit the most capable leaders who can best work together as a high performing team."

The appointments will only become effective with the closing of Bayer’s acquisition of Monsanto which depends on receipt of the required regulatory approvals. Until that date, both companies will continue to operate as competitors under their current structures.

Germany
# Participating companies in 2021 CPEW #
Bayer and Kimitec join forces to bring the next generation of Biologicals to millions of growers worldwide
Follow
Source: Bayer CropScience
Click to bookmark and build your agrochemical knowledge base
Print
ForwardShare