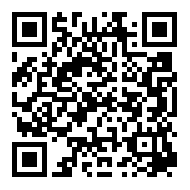 Protection of Intellectual Property Rights (IPR) of seed companies is necessary owing to huge expenditure made in research and development (R&D), a senior US official said on Tuesday.

US Department of Agriculture's Chief Economist Robert Johansson however refused to make a direct comment when asked about his reaction to the recent ruling of the Delhi High Court that Monsanto could not own patent over genetically modified cotton seeds in India, but said all countries should protect IPR.


"R&D is important expenditure. Government can provide that. Also, private sector can provide that. Both can lead to show production gains in agriculture and that is true for United States as well other countries. Our belief come up with a system that allows companies to invest in R&D and protect those Intellectual Property Rights," he told reporters after his talk here.

On the cancellation of Monsanto's patent by the court, Johansson said: "The ruling has come out. I do not think we had chance to go into the rationale. So I cannot comment. There may be various Indian constitutional laws, reasons by which the court came up with the ruling."

He said huge amount of money, time and efforts were required to produce to new seed varieties. And IPR allowed companies "to get returns on that by selling the seed varieties and recovering their research development cost".

India exported agricultural commodities worth $5 billion in 2017 while the export to India was $2 billion the same year, said USDA Counselor for Agriculture Affairs Jeanne Baily in the same event.

She also said the Indian exports to US in first two months of 2018 had increased by 26 per cent in terms of value while US exports to India have shown decline of 12 per cent.
View More